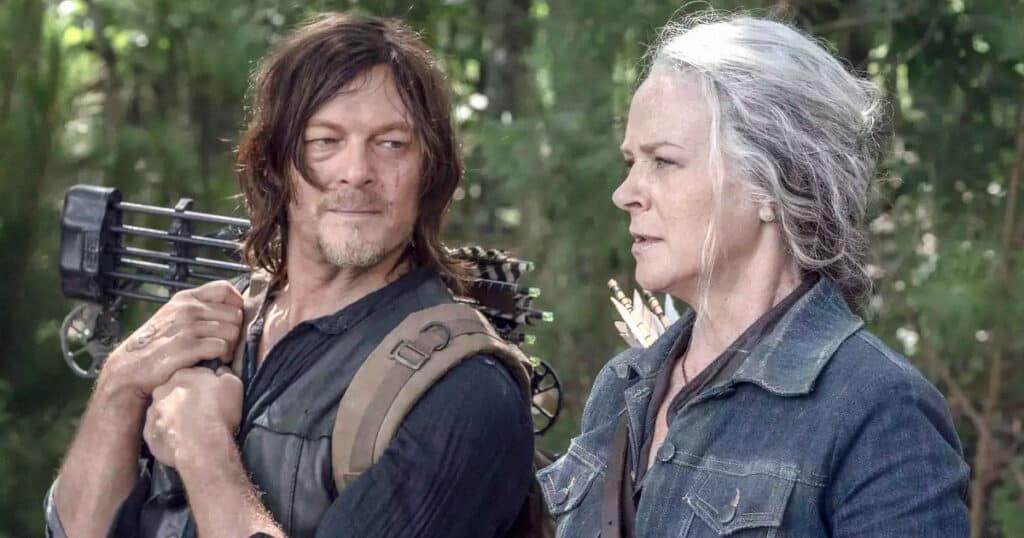 AMC announced two years ago that Norman Reedus and Melissa McBride would be starring in a new Walking Dead spinoff series focusing on their characters. However, McBride revealed last week that she had dropped out of the spinoff as it will be shot in Europe and relocating became “logistically untenable.“

Walking Dead fans were naturally upset to learn that Melissa McBride would no longer be involved in the spinoff series, but Norman Reedus defended her choice while appearing on The Tonight Show starring Jimmy Fallon.

Twelve years is a grueling schedule. She wanted to take some time off and she’s doing that. She deserves it.

Melissa McBride has played Carol on The Walking Dead since the very first season in 2010, so I can’t blame her for wanting to take a break. Although she won’t be starring in the spinoff anymore, Norman Reedus imagines that “those characters are going to meet back up at some point, and they might even meet up with some other characters down the road. In the meantime, [AMC] was like, ‘Hey, you wanna go on a mission?’ And I’m like, ‘Yeah, let’s go on a mission.’”

Some fans have speculated that Norman Reedus was behind the choice to shoot the Walking Dead spinoff in Europe, but Jeffrey Dean Morgan was quick to speak out against such claims. “Some of you have gone WAY too far,” Morgan wrote on Twitter. “TOXIC. Attacking [Norman Reedus] for crap he has NOTHING to do with? Melissa made a call that was hers alone. She wants/needs a break. Respect that. Factors involved that are nobody’s business. Norm, who’s given more than anyone to you all. Just SHITTY.” The Walking Dead is currently in the midst of its 11th and final season and the Walking Dead spinoff is expected to debut in 2023.