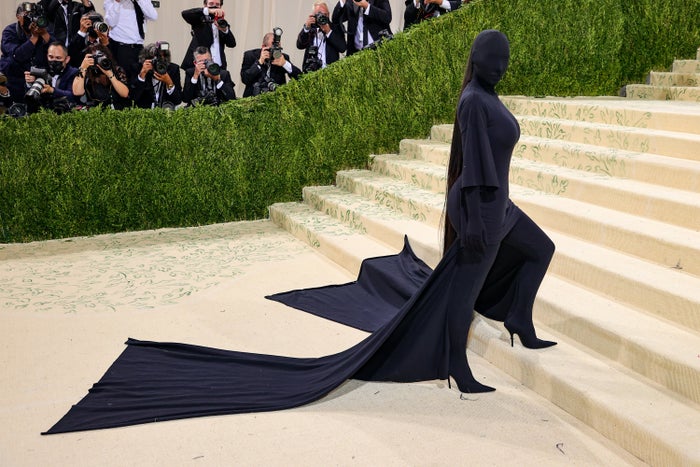 "It is such a jerk parade."

From the outside, the Met Gala looks like one of the most glamorous and exclusive celebrity events of the year — but it turns out that some people aren't huge fans of the first Monday in May.

In fact, quite a few celebs have actually completely dissed the event and some of them have even sworn off the Gala entirely.

Find out what these celebs had to say about the Met Gala below:

While Gwyneth Paltrow has been to the Met Gala on numerous occasions, it sounds like she didn't have a good experience in 2013 because she vowed to never go again. In addition to saying she "did not enjoy it at all," she added that instead of being a glamorous affair, it was just sweaty and crowded.

"It sucked. It seems like it's the best thing in the world, you always think, 'Oh my god, it's gonna be so glamorous and amazing and you're going to see all these people,' and then you get there and it's so hot and it's so crowded and everyone's pushing you," Gwyneth told radio hosts, Kyle and Jackie O.

It seems as though Gwyneth put her dislike for the event aside because after a short hiatus, she return in both 2017 and 2019.

Designer Tom Ford regularly has celebs walk the Met Gala carpet in his looks, and even once served as an honorary chair, but doesn't love the event as much as he used to. In an excerpt from Anna: The Biography, Tom says the whole thing has "turned into a costume party" instead of a high fashion event. In his critique, he even threw a little shade at some of Katy Perry's outfits.

Despite his distaste for parts of the event, he's clearly not too fazed as he will be returning as an honorary co-chair for the 2022 event.

Demi Lovato has only attended one Met Gala and after their experience, they decided not to ever return. Looking back, they said they had a "terrible" time and one celebrity was a "complete bitch" and "miserable to be around." Things got so bad, that Demi says they felt like they needed to drink and left early to go to an AA meeting.

"I remember being so uncomfortable that I wanted to drink...I changed my clothes, but I still had my diamonds on — millions of dollars of diamonds on in an AA meeting. And I related more to the homeless people in that meeting who struggled with the same struggles that I deal with than the people at the Met Gala — fake and sucking the fashion industry's dick," Demi told Billboard.

Lena Dunham has been in attendance at several Met Galas but after the event in 2016, it was clear she wasn't a big fan. In an interview with Amy Schumer, the duo reflected on the evening and Lena says she was counting down until she could leave.

On top of that, she faced backlash for comments about her table mate Odell Beckham Jr., whom she said had no interest in talking to her or "fucking her." While Odell didn't actually make any negative comments about Lena, she put words into his mouth by saying that he appeared to determine she "was not the shape of a woman by his standards."

While Lena didn't seem to enjoy her time at the Met Gala that year, she did end up returning, explaining she appreciated "how much good this night does, raising millions to preserve essential artifacts and making sure style really is for everyone."

After Amy Schumer attended the Met Gala in 2016, she figured it would probably be her last time to walk the carpet. In an interview, Amy said going to the event "felt like a punishment" even though it was an honor to be invited.

"I left not the second I could. I left earlier than I should've been allowed...I don't like the farce...We're dressed up like a bunch of fucking assholes," Amy told Howard Stern.

Although Amy said it would be her last, she ended up attending again in 2017.

Tina Fey attended the Met Gala once in 2010 — and that was enough for her. In fact, in an interview with David Letterman, she suggested drinking "contact-lens fluid" in order to avoid attending.

"It is such a jerk parade. If you had a million arms and all the people you would punch in the whole world, they're all there," Tina said.

Zayn Malik has walked the carpet at the Met Gala on one occasion — and had never even heard of the event before he attended! Zayn accompanied his then-girlfriend, Gigi Hadid, and looking back, says he would never go again.

"Now, it's not something I would go to. I'd rather be sitting at my house, doing something productive, than dressing up in really expensive clothes and being photographed on a red carpet...To do the self-indulgent 'Look at me, I'm amazing thing' on the red carpet, it's not me," told GQ in 2018.