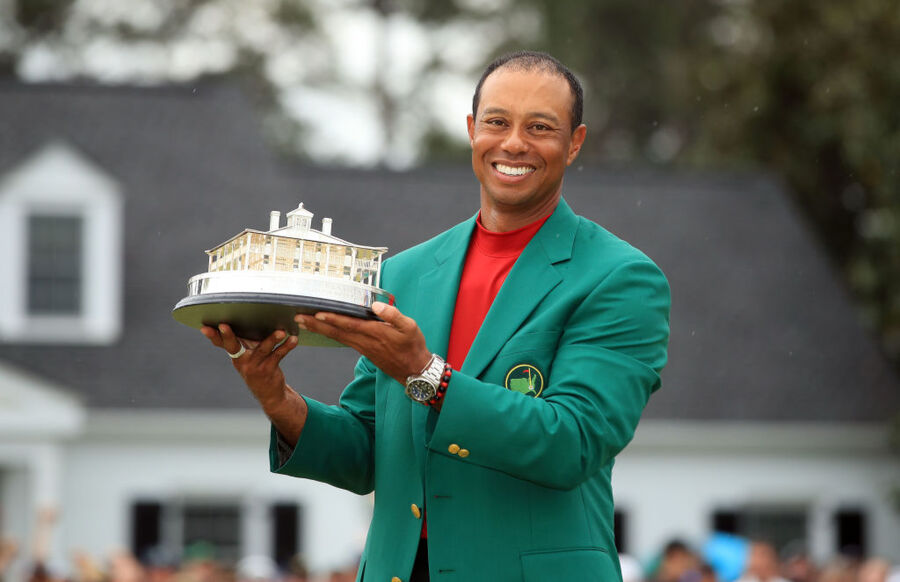 Golf legend Greg Norman is one of several former stars of the PGA Tour to jump ship and play for the LIV Golf tour. While that group also includes such names as Sergio Garcia and Phil Mickelson, it does NOT include arguably golf's biggest star: Tiger Woods. And according to a recent interview between the outspoken Norman and the Washington Post, it's not because LIV Golf spared any expense to get Woods to jump ship.

LIV Golf is backed by the Public Investment Fund of Saudi Arabia. As such, it carries a lot of political baggage that has already created plenty of controversy. Norman himself has been accused of downplaying the Saudi government's alleged role in the murder of journalist Jamal Khashoggi, saying he prefers to focus his attention on the game of golf.

Perhaps because of this controversy, LIV has been forced to write some fairly large checks to attract top talent. Just this week it was revealed that Dustin Johnson was paid $125 million to abandon the PGA. Phil Mickelson? His price was $200 million.

So how much would it have been to secure Tiger Woods?

We don't know if Woods has declined to play for LIV out of political reasons, but if Norman's words are true it isn't because of a lack of money. The golf legend known as "the Shark" says Woods turned down LIV's offer, which was "mind-blowingly enormous:

As for Tiger Woods, he's made numerous public statements affirming his loyalty to the PGA, so it's possible that no amount of money, even a mind-bogglingly huge nine-figure deal, could get him to walk away and lend his talents and star-power to the LIV Tour.

Norman is a public ambassador for LIV Golf, and big paydays are a large part of what he says will continue to attract top talent to the tour. He even goes so far as to accuse the game's executives, agents, and other power brokers of "conspiring against LIV to protect an antiquated system that prevents golfers from realizing their own power and worth amid a global movement of athlete empowerment."

But Norman believes that LIV's deep pockets will ultimately benefit the game and its players. "The players who decide to come on board, God bless them … they're going to make a lot of money."

If Norman's estimate of LIV's offer to Tiger Woods is accurate, that would certainly seem to be the case.