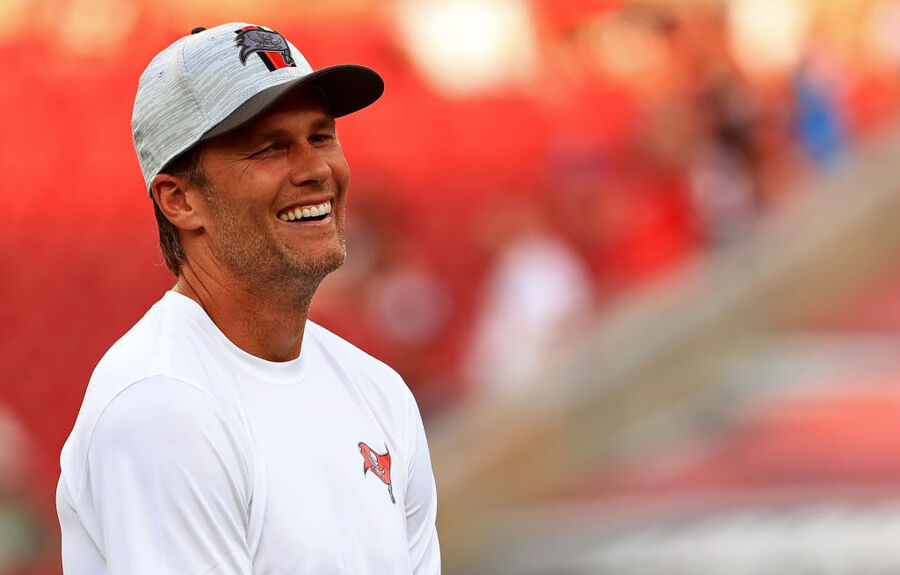 During Super Bowl week, Tom Brady announced his retirement from the NFL. The move was short-lived, though; Brady couldn't even wait two months, announcing his return to football in mid-March — on Selection Sunday for the NCAA basketball tournament, because why should another sport get all the attention?

Since Brady made his decision to return to Tampa Bay, there's been plenty of chatter about his comeback. Brady himself gave a sort of non-committal vague answer about feeling pressured by free agency to return, though said it was more like a 55-45 decision between getting back on the field and staying retired to spend time with his family.

While he won't publicly admit it, there's another very enticing reason for Brady to come back: he's the most marketable guy in football right now.

Yes, even at 45 years old, Brady still has tremendous pull. He made $9.5 million in group licensing and marketing income from March 1, 2021, to February 22, 2022. The next closest player is Patrick Mahomes, who made $3.3 million through his 2PM, LLC company.

The National Football League Players Association filed an annual report with the U.S. Department of Labor, and that report includes money that players have made through group licensing and marketing efforts. These are deals negotiated through the NFLPA and multiple players, such as trading cards, figurines, jerseys, pennants, and video games.

All players receive royalties based on how many items sell that feature their likeness or name. For example, Brady makes money if someone buys his #12 jersey or invests in one of his trading cards.

Brady has become more active on social media since leaving the New England Patriots in 2020. As a result, he's secured more sponsorships and endorsement deals and has been more active in marketing himself. That's certainly factored into his earnings, but his retirement also likely played a part

Remember, someone paid more than half a million dollars for his final playoff touchdown ball (the money was eventually returned after Brady announced he's coming back). That man wasn't the only one that wanted a piece of merch from very likely the greatest quarterback to ever play football.

Could Brady once again reach nearly eight figures in licensing? If this season turns out to be his real swan song, you better believe plenty of fans will try to get in on the action.