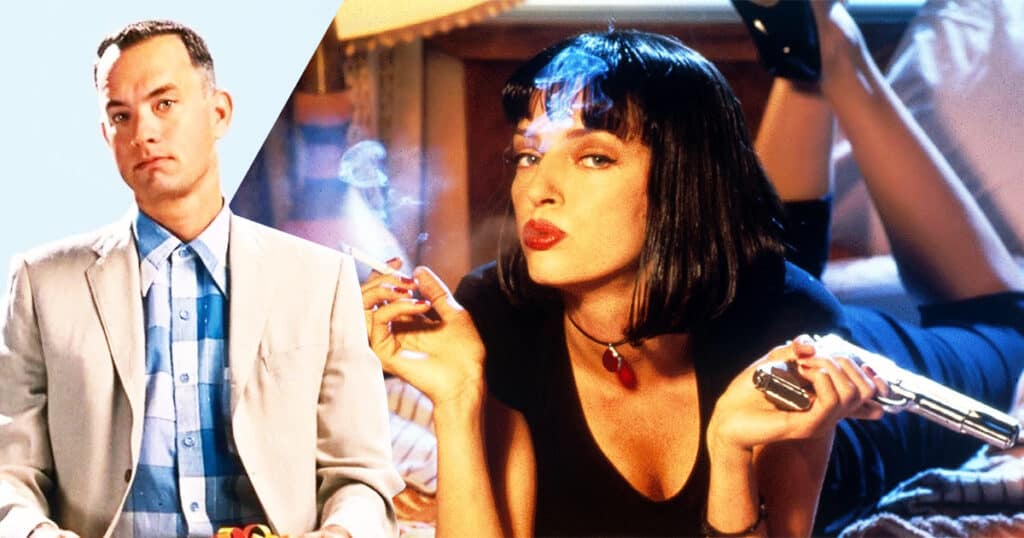 If you’re a big follower of the Academy Awards, you are probably aware that there are some controversial Oscar wins. Crash winning Best Picture over Brokeback Mountain and Shakespeare In Love taking home the Best Picture prize over Saving Private Ryan are some of the most polarizing Oscar choices but there is another one that still continues to sting for some. Forrest Gump won Best Picture over Quentin Tarantino’s Pulp Fiction and some believed that win wasn’t quite deserved because Pulp Fiction has been viewed by some as a more unique and groundbreaking film that should’ve walked away with top honors. It’s a debate that is still ongoing all these years later but the star of Forrest Gump, Tom Hanks, is defending the controversial Oscar win.

While speaking with The New York Times Magazine, Hanks came out in defense of Forrest Gump against some film critics that say it’s only a “totem of boomer nostalgia.” The actor said, “The problem with Forrest Gump is it made a billion dollars. If we’d just made a successful movie, Bob and I would have been geniuses.” The Bob he is referring to is the film’s director, Robert Zemeckis. Hanks continued by saying, “But because we made a widely successful movie, we were diabolical geniuses. Is it a bad problem to have? No, but there’s books of the greatest movies of all time, and Forrest Gump doesn’t appear because, oh, it’s this sappy nostalgia-fest.”

The actor then pointed out that he frequently sees articles that argue Quentin Tarantino’s Pulp Fiction should’ve taken home Oscar gold over Forrest Gump and while he admits the Tarantino film is a “masterpiece without a doubt,” he believes that Forrest Gump should still get its due. Hanks said, “Look, I don’t know, but there is a moment of undeniable heartbreaking humanity in Forrest Gump when Gary Sinise – he’s playing Lieutenant Dan – and his Asian wife walk up to our house on the day that Forrest and Jenny get married.” He then added that the “magic legs” scene conveys “all they had been through and feel gratitude for every ounce of pain and tragedy that they survived. That’s some intangible [expletive] right there. That is not just running along to Dune Eddy’s ‘Rebel Rouser.'” At the end of the day, Hanks is trying to point out that there is more to the film than meets the eye and it’s deserving of all the accolades it received.

Forrest Gump basically swept the 67tth Academy Awards, winning six Oscars, including Best Picture, Best Adapted Screenplay, Best Visual Effects, Best Film Editing, Best Director for Robert Zemeckis, and Best Actor for Tom Hanks, just a year after he took home the award in the same category for Philadelphia. Forrest Gump beat out Four Weddings and a Funeral, Quiz Show, Pulp Fiction, and The Shawshank Redemption for Best Picture that year, with the latter being another big pick from cinephiles as a deserving winner of the prize over Forrest Gump.

Do YOU think Forrest Gump deserved its Best Picture Oscar?