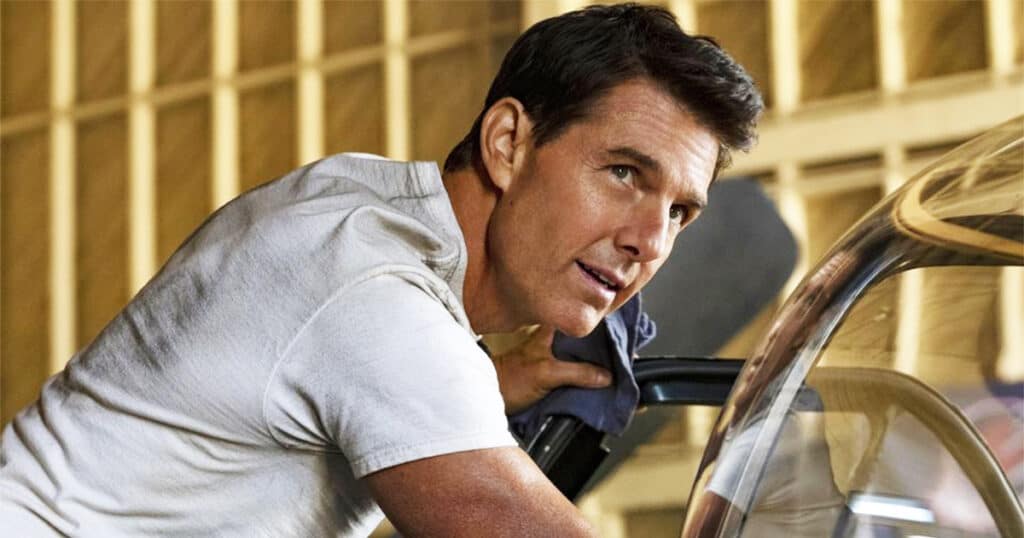 Top Gun: Maverick , based on early weekend estimates, is going to have a record-breaking second weekend coming off of the Memorial Day holiday, and once we clear business on Sunday, the film will be the highest-grossing film of Tom Cruise’s career.

Deadline is reporting, based on early estimates, that Top Gun: Maverick will likely decline a very slim 33% to about $84.5 million this weekend. That would put the film at $290 million by the end of the day on Sunday which would give Tom Cruise the biggest hit of his career. Tom Cruise’s previous high was 2005’s War of the Worlds which grossed $234.2 million. The worldwide total for that film stands at $603.8 million and that total is also in Top Gun: Maverick’s sights. As of now, Top Gun: Maverick has seen a global haul of $400 million+

The Top Gun sequel is defying most trends for blockbusters, especially coming off of a holiday weekend. We’ll go more depth on this during our box office wrap up tomorrow but the 33% estimated decline is one of the best for a wide release that’s opened to north of $100 million, even ahead of the 40% dip that Star Wars: The Force Awakens had in December of 2015. The film is also continuing to play across a wide range of demos with 28% being over 45, 23% being 25-34, and 34-44 is at 20%. This is truly a word-of-mouth hit that is pleasing every type of moviegoer.

What are YOUR thoughts on Top Gun: Maverick becoming the biggest film of Tom Cruise’s career?