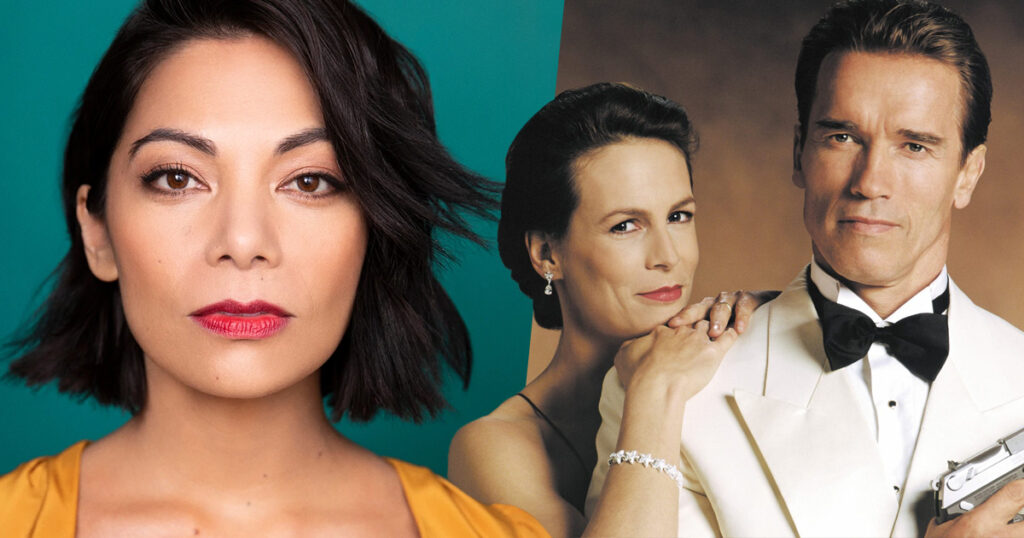 The True Lies TV series has found its leading lady as Variety has reported that Ginger Gonzaga has signed on to star in the series alongside Shameless star Steve Howey.

Ginger Gonzaga will play Helen in the True Lies TV series, the same role played by Jamie Lee Curtis in James Cameron’s original film. Described as Harry’s (Howey) supportive wife, Helen is also the “mother of two teenage kids and a linguistics professor who is getting annoyed by Harry’s constant business trips away from home. Increasingly angered, she feels as if she’s been robbed of the life she once envisioned for herself. Thrilled when Harry invites her along for a trip to Paris, Helen is in for a rude shock when she sees a very different side to her husband, learning that he is in fact a world-class spy.” The True Lies TV series will be directed by Anthony Hemingway and has been written by Burn Notice creator Matt Nix. Both Hemingway and Nix will serve as executive producers on the project, as will James Cameron. CBS had ordered a pilot of the series earlier this year but wound up hitting the brakes in order to give the team more time to iron out the details. All we need now is a Blu-ray/4K release of the original film! We know it’s out there, just release it already!

Ginger Gonzaga is best known for appearing in I’m Dying Up Here, Kidding, Space Force, and Togetherness, but she’s also set to star alongside Tatiana Maslany in Marvel’s She-Hulk series for Disney+. Gonzaga will be playing the best friend of Jennifer Walters, the titular She-Hulk. The Marvel series is also set to star Renée Elise Goldsberry, Jameela Jamil, Anais Almonte, and Josh Segarra, as well as Mark Ruffalo as Bruce Banner/Hulk and Tim Roth as Emil Blonsky/Abomination.