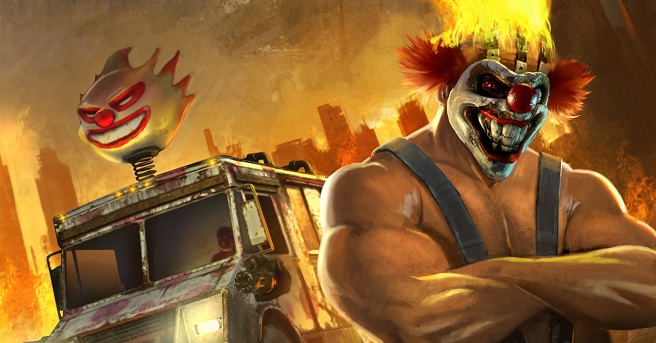 You can’t have a TV series based on the Twisted Metal video games without including the iconic character Sweet Tooth, but the makers of the live-action Twisted Metal series that’s coming to the Peacock streaming service have been taking their time revealing how they’ll be bringing Sweet Tooth to life. Now, Variety has been able to officially confirm that Twisted Metal executive producer Will Arnett, whose credits include Arrested Development and The Lego Batman Movie, will be providing the voice of Sweet Tooth on the show. How the rest of him will be portrayed is still a mystery.

The rumor that Arnett would be voicing Sweet Tooth goes back more than a year, but now we know for sure that he’ll be doing it.

Fans of the Twisted Metal video game franchise will point out that Sweet Tooth is the name of the ice cream truck while the demented clown at the wheel is named Needles Kane, but the driver seems to be named Sweet Tooth in this TV show. According to Variety, the character is described as “a hilarious and terrifying hulk of a man, who is as emotional as he is cunning. A lover of chaos, this majestic rage-filled killer dons an ever-smiling clown mask and uses Lost Vegas as his own personal kill-ground, all while he drives his infamous doomsday ice cream truck.”

Based on an original take by Deadpool and Zombieland screenwriters Rhett Reese and Paul Wernick, Twisted Metal will center on

a motor-mouthed outsider who is offered a chance at a better life, but only if he can successfully deliver a mysterious package across a post-apocalyptic wasteland. With the help of a trigger-happy car thief, he’ll face savage marauders driving vehicles of destruction and other dangers of the open road, including a deranged clown who drives an all too familiar ice cream truck.

Anthony Mackie (The Falcon and the Winter Soldier) stars in the series as John Doe, “a smart-ass milkman who talks as fast as he drives. With no memory of his past, John gets a once-in-a-lifetime opportunity to make his wish of finding community come true, but only if he can survive an onslaught of savage vehicular combat.” Also in the cast are Neve Campbell (Scream) as a character named Raven; Thomas Haden Church (Wings) as Agent Stone, “a cold and unyielding post-apocalyptic highway patrolman who rules the roads with a silver tongue and a twisted iron fist, prosecuting even the smallest crimes with the harshest of judgements. Agent Stone will stop at nothing to bring law and order back to the Divided States of America, and will kill anyone in his path who defies his power”; and Stephanie Beatriz (Brooklyn Nine-Nine) as Quiet, “a ferocious, badass car thief who acts purely on instinct – you couldn’t stop her any more than a manhole could stop a volcano. Coming from a community that oppressed her into silence, Quiet’s wish is to find her place in this dark, chaotic world. But when she becomes clouded by her need for revenge, Quiet forms an unlikely, antagonistic bond with John Doe.”

What do you think of Will Arnett voicing Sweet Tooth on Twisted Metal? Share your thoughts on this upcoming series by leaving a comment below.