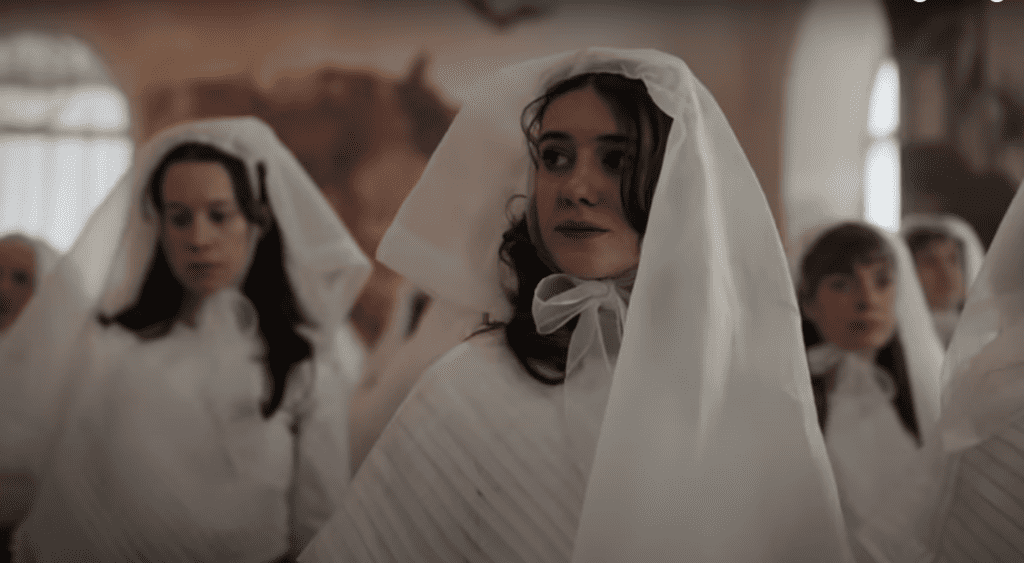 Under the Banner of Heaven TV Review

Review: Jon Krakauer’s books are astounding investigative works that chronicle everything from epic disasters to true crime tales, all of which are perfect fare for cinematic adaptations. From Into the Wild to Into Thin Air and Where Men Win Glory, Krakauer’s books have been fervently read for decades. Under the Banner of Heaven, his look at religious extremism and murder in the world of Mormonism, was long destined for a big-screen adaptation before becoming a limited series at FX on Hulu from screenwriter Dustin Lance Black. With Andrew Garfield and Gil Birmingham taking the lead as the detectives searching for a killer, Under the Banner of Heaven should have been a slam dunk to be one of the best series of the year. Instead, this is a fascinating and frustrating exercise in turning a multi-layered tale into a suspenseful narrative that comes up just short of what it could have been.

True crime stories always carry with them an element of sensationalism but Under the Banner of Heaven is less focused on the grisly details of the deaths of Brenda and Erica Lafferty than the underlying motivation behind the actions of their killer. Brenda Lafferty, played by Daisy Edgar-Jones, is the type of innocent character that audiences can identify with which makes it harder to stomach what happened to her and her daughter. In order for this story to work, we need a proxy to follow so Dustin Lance Black has created fictional investigators in the form of Jeb Pyre (Andrew Garfield) and Bill Taba (Gil Birmingham). Pyre is a devout Mormon who struggles with the crimes he investigates while Taba is an indigenous detective recently relocated from Las Vegas. The partnering of two drastically different individuals could have been fodder for any number of buddy cop stories but instead offers perspective in this challenging investigation. As good as Garfield has been on screen in the last few years (The Eyes of Tammy Faye, Spider-man: No Way Home, Tick Tick Boom), he delivers some of his best work as Pyre, a genuinely good man confronted with acts of evil.

The supporting cast here is also very good, led by the perennially underappreciated Gil Birmingham. After top-notch performances in Hell or High Water, Wind River, and Yellowstone (all Taylor Sheridan projects, by the way), Birmingham brings an outside perspective where his distinctiveness stands out from the crowd. Birmingham leans into his role and serves as a solid counterpoint to Garfield as Pyre. There are also good turns from Rory Culkin, Christopher Heyerdahl, and Denise Gough, but the work from Sam Worthington and Wyatt Russell deserves a special mention. Russell is best known for his recent turn as John Walker on the Disney+ series The Falcon and the Winter Soldier while Worthington is best known for starring in Avatar. Their devastating roles here as Dan and Ron Lafferty serve as key elements to the entire saga of this series.

Where Under the Banner of Heaven falls short is in how much it tries to fit into this story. To understand Mormonism and its fundamentalist offshoots, Black and his writing staff craft a significant dive into the origin of the Latter Day Saints church including flashbacks to its 19th-century founding by Joseph Smith (played by Andrew Burnap) and the founding of Salt Lake City by Brigham Young (played by Scott Michael Campbell). These flashbacks add to a better understanding of how the LDS church works and the rules that led to splinter groups, but it is a lot to try and fit into a series of only six episodes. But, while many outsiders will look at the Mormon church with disgust or disdain, Under the Banner of Heaven never portrays them as a cult or with anything but respect. Like any story about extremism, this series takes careful aim to criticize those outside of the norm and treat them as the exception rather than the rule.

Dustin Lance Black, who wrote J. Edgar and won the Academy Award for scripting Milk, echoes Jon Krakauer’s journalistic eye by keeping this series as impartial as possible, but while also making the effort to craft a cinematic experience. Black, who also directed an episode, worked with writers Emer Gillespie and Gina Welch to help tell this story that is less focused on solving the crime than it is on asking why it happened in the first place. The directing crew, led by David Mackenzie (Hell or High Water, Outlaw King) along with Courtney Hunt and Isabel Sandoval, make great use of Alberta, Canada as a proxy for 1980s Utah. There is a washed-out look to the series that doesn’t shy away from an unflinching look at the crimes at the heart of the story. But, unlike shows like True Detective, Under the Banner of Heaven is more focused on everything surrounding the crime from a community vantage, This series shares more in common with HBO’s acclaimed Mare of Easttown but comes up short in replicating that story’s balanced narrative. 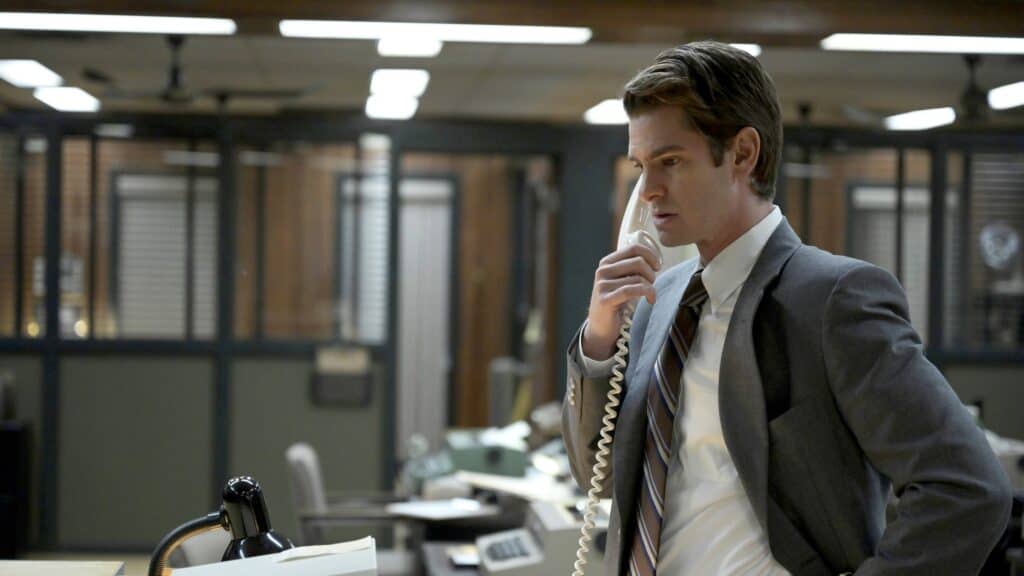 There is a lot to unpack in this series, especially in regards to balancing the central murder investigation with a historical look at the Mormon faith as a whole. Many will be fascinated to learn about these elements they may have otherwise never known, but it often feels like a cursory glimpse into a much more complicated topic that deserves a series all its own. At just six episodes, Under the Banner of Heaven feels at once too short to cover all of the subjects it tries to and an overlong and somber meditation of the horrors of murder and its impact on a closely-knit community. While I commend the lead performances from Garfield and Birmingham, Under the Banner of Heaven fails to capitalize on the roster of talent in front of the camera and behind it for a series that upends the conventions of the police procedural by not really focusing on solving the crime at its core.

Under the Banner of Heaven premieres on April 28th on FX on Hulu. 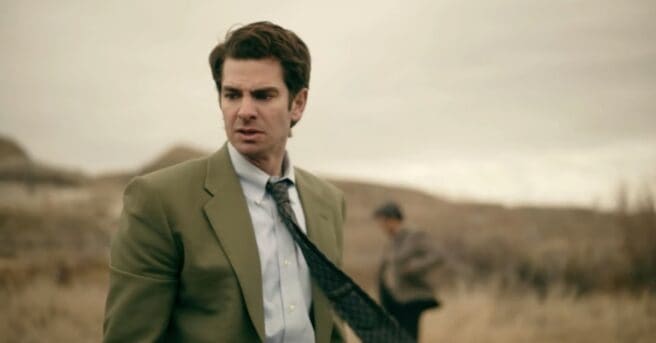