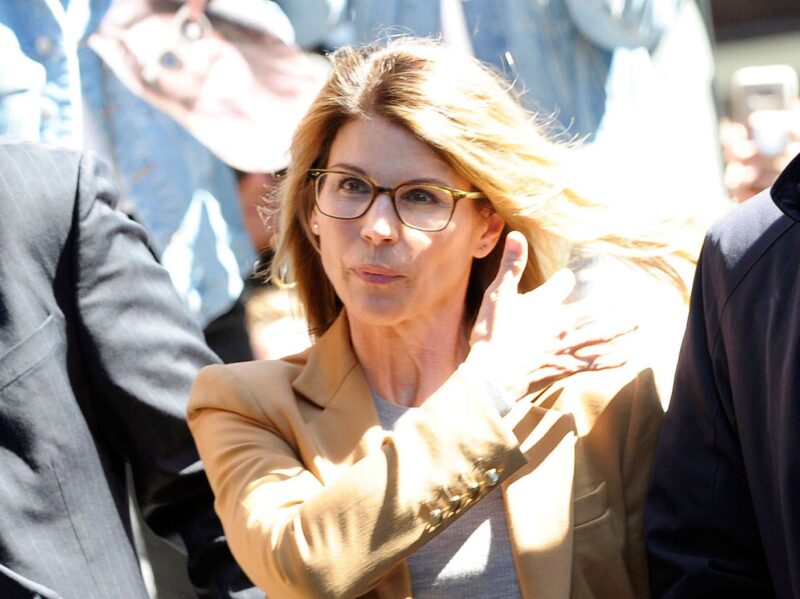 Loughlin apparently felt the sting of the network’s betrayal.

Is Lori Loughlin turning her back on Hallmark after her involvement in the now-infamous college admissions scandal? One tabloid claims the actress wants nothing to do with her old network. Let’s take a closer look at the claims.

The latest edition of the National Enquirer reports Lori Loughlin is refusing to work with Hallmark ever again. After Loughlin was accused of taking part in the national college admissions scandal that rocked Hollywood in 2019, Hallmark swiftly axed her from When Calls the Heart.

Now that Loughlin has served her time and is pushing her way back into Hollywood, sources say she refuses to collaborate with her old network. “Lori thinks the network threw her under the bus when she was in trouble, and while she still cares for her co-stars, she will do nothing to help the folks she thinks let her down,” an insider charges.

This tabloid has this entire story backward. It’s true Hallmark dropped Loughlin as soon as she was arrested. But, from what we can tell, Hallmark is still the one that wants nothing to do with Loughlin. When Loughlin was released from prison, it’s clear that she was interested in reprising her role in When Calls the Heart. But Hallmark apparently had no intention of rebooting the show. That’s when GAC Family greenlit a spinoff of the show titled When Hope Calls and welcomed Loughlin to star in a two-part Christmas Special.

And while the network jump could have flown mostly under the radar, Hallmark made it a point to clarify the Loughlin situation. “Hallmark Channel has not cast Lori Loughlin in any current projects, including When Calls the Heart, nor do we have any plans to cast her in the future. She was cast by GAC Family, a wholly separate cable network not affiliated with Hallmark Channel or Crown Media Family Networks,” a representative for the network said at the time.

So, it doesn’t seem like Loughlin has any authority to turn Hallmark down. If Hallmark were to do a 360 and offer Loughlin a position, we wouldn’t be surprised if she turned it down considering the lengths the network took to distance itself from her. But we should make it clear that this contentious relationship runs two ways, not just one.

The Tabloid On Lori Loughlin

Of course, we know better than to trust the National Enquirer anywhere Loughlin is concerned. Back in 2019 after her arrest, the outlet reported Loughlin would try to fake organ failure to avoid prison. Then the magazine claimed Loughlin’s husband Mossimo Giannulli was “wasting away” in prison. And most recently, the publication tried to invent a feud between Loughlin and Felicity Huffman. Clearly, the Enquirer isn’t reliable when it comes to Loughlin and her family.