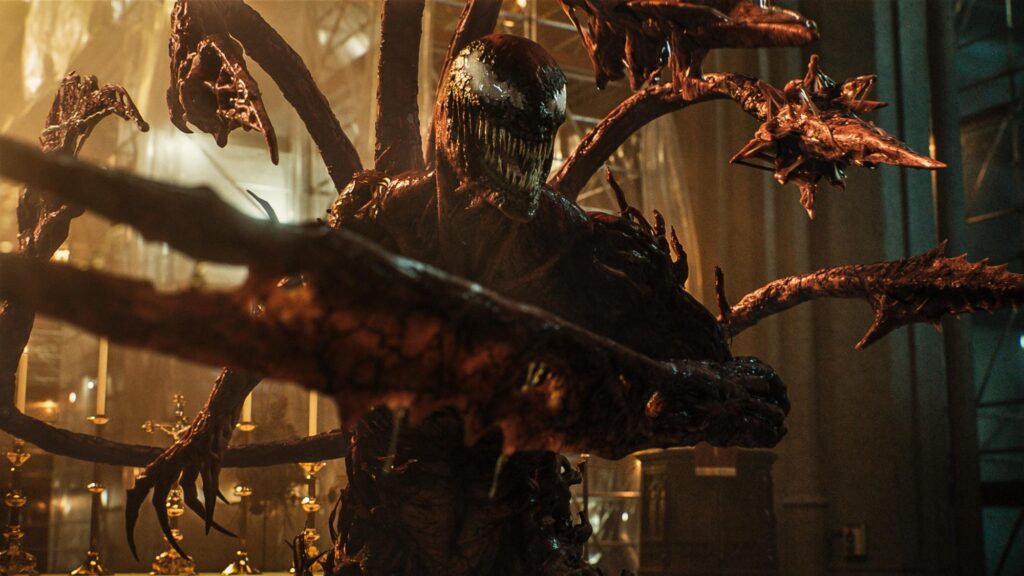 Venom: Let There Be Carnage scores 2nd best preview night of the pandemic with $11.6 million

Sony’s Venom: Let There Be Carnage entered the box office race in Thursday night previews and its start indicates that it could have a solid weekend ahead.

Per “Deadline“, Venom: Let There Be Carnage grossed $11.6 million from Thursday night preview showtimes that began at 4:00 PM at 3,475 theaters. The $11.6 million gross is the second best that we have seen during the pandemic following the $13.2 million preview start for Black Widow. Following Venom: Let There Be Carnage in the Thursday preview rankings is Shang-Chi and the Legend of the Ten Rings ($8.8 million) and Fast 9 ($7.1 million).

What’s pretty interesting here is that 2018’s Venom, which opened during a very healthy box office climate, debuted with Thursday night preview numbers that hit $10 million. Venom: Let There Be Carnage came out ahead of that number during a time when the box office hasn’t 100% stabilized. Venom ultimately went on to open to $80.2 million back in 2018, setting an October record, and now the sequel could have a similar gross in its sights. Reviews are better for the sequel (58% rotten vs. 30% rotten) and that chatter on social media, at least from the film’s fanbase, has been glowingly positive. Two things can happen here as we head into the weekend: The film will be insanely frontloaded because the fans rushed out on Thursday to see the sequel or solid word of mouth will carry the film to its $60 million tracking or beyond. Once again, the box office is fun to watch and October is only beginning to heat up.

Directed by Andy Serkis with a screenplay from Kelly Marcel, Tom Hardy returns as Eddie Brock/Venom alongside Woody Harrelson, who is bringing one of Venom’s biggest adversaries, Cletus Kasady/Carnage, to life. Kasady is a psychotic serial killer who also becomes the host of an alien symbiote known as Carnage. Also new to the franchise is Naomie Harris, playing the role of Shriek, Kasady’s love interest. Michelle Williams returns as Eddie’s ex-fiancee, district attorney Anne Weying, while Reid Scott rounds out the cast as Anne’s boyfriend.

What are YOUR thoughts on the preview numbers for Venom: Let There Be Carnage?