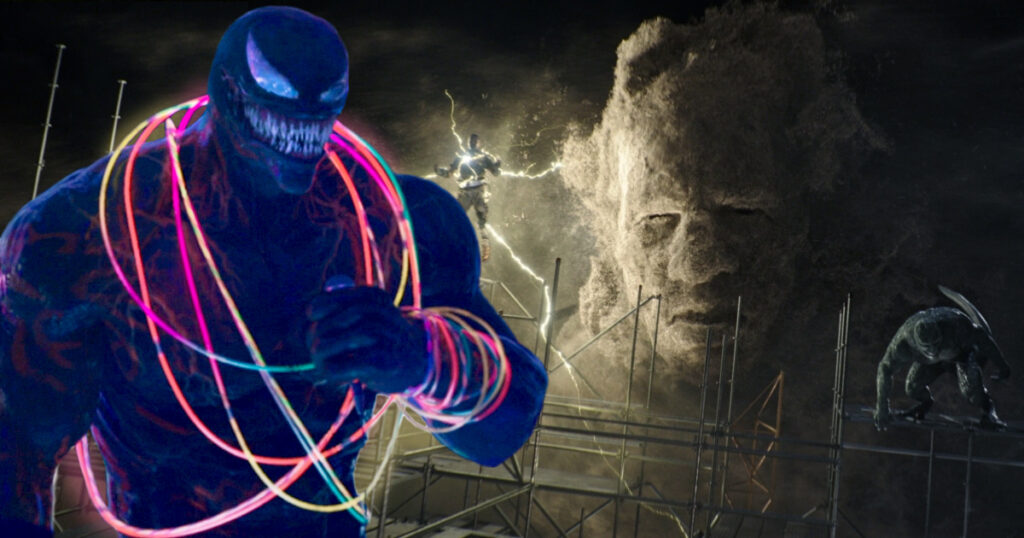 Venom was almost in the final battle of Spider-Man: No Way Home

MAJOR SPOILERS for Spider-Man: No Way Home . Consider yourself warned. Now that Spider-Man: No Way Home has been released, all of the secrets Marvel has been trying to keep under wraps — some more successfully than others — are out in the world. Whether you’ve seen the film or not, most people are aware that the film features a few characters from across the Marvel universe, such as Alfred Molina’s Doctor Octopus, Willem Dafoe’s Green Goblin, and Jamie Foxx’s Electro, but the Spider-Man film could have included even more, including Tom Hardy’s Venom.

Here’s where those spoilers come in: Spider-Man: No Way Home featured many more Marvel characters than I mentioned above, but writers Erik Sommers and Chris McKenna told Variety that the early script included a whole kitchen sink worth of characters.

We went down different roads with different characters that just didn’t fit. We can’t get into the details of that because it might be the kind of thing where they’ll find a way to explore those ideas. So I’d hate to spoil anything, because I think we had a lot of fun.

The final battle of the film featured all three Spider-Men (Tom Holland, Andrew Garfield, and Toby Maguire) facing off against a variety of villains and Sommers and McKenna said that they “definitely discussed” including Venom (Tom Hardy) in the Spider-Man finale as well. Although Venom didn’t end up joining the final battle, Tom Hardy did ultimately turn up in the post-credit scene which ended with Eddie Brock being returned to his own universe, but not before leaving a small piece of the Venom symbiote behind. As for how a character who had never met Peter Parker was drawn into the Marvel Cinematic Universe by Doctor Strange’s spell (which specifically focused on people who knew Peter Parker was Spider-Man), McKenna said, “The idea is that the symbiote has knowledge of other universes. Buried in his brain is some knowledge of that connection.“

Spider-Man: No Way Home is currently playing in theaters, so be sure to check out a review from our own Chris Bumbray and let us know what you thought of the film as well.