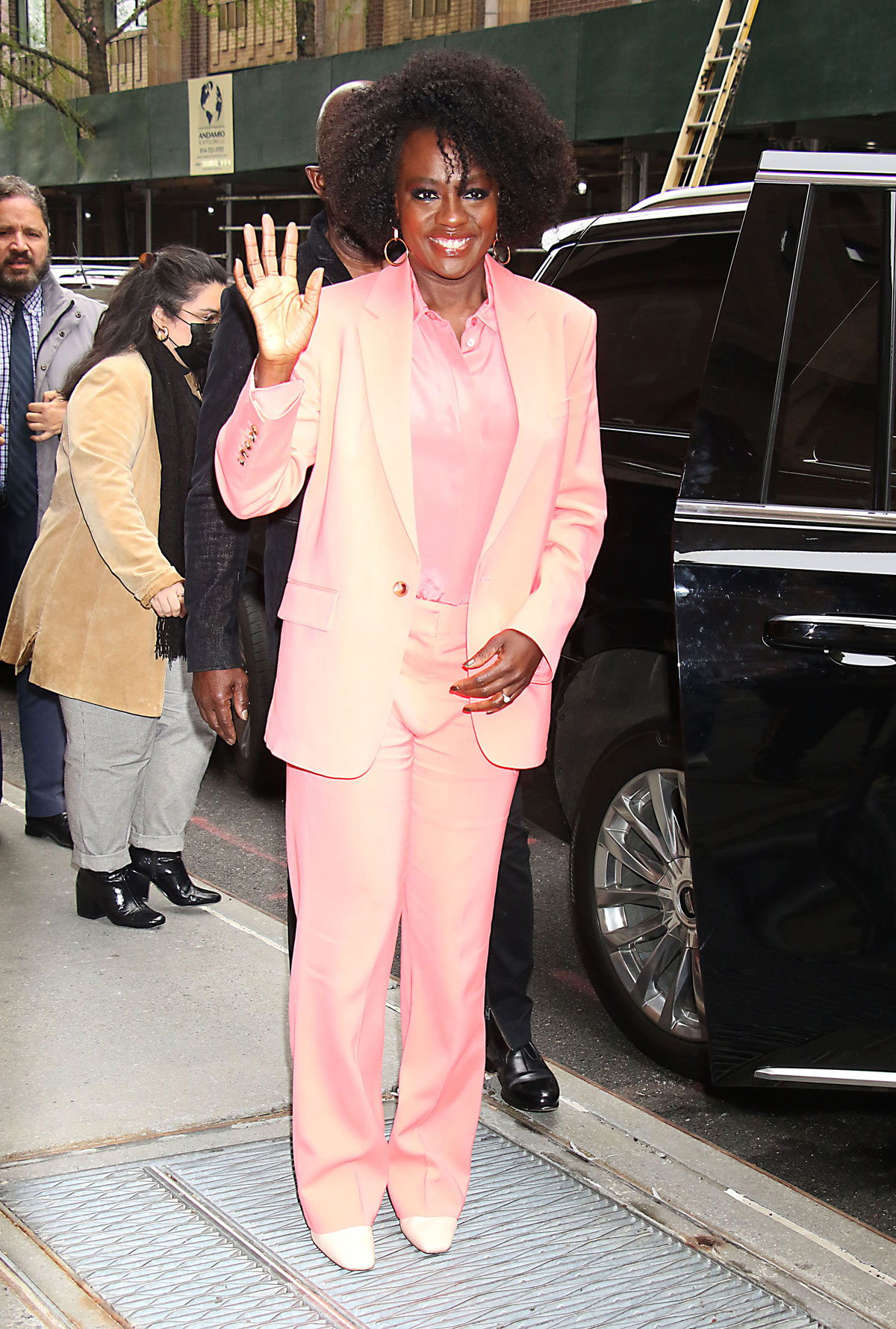 Viola Davis on criticism of her MObama: ‘Not everything is going to be awards-worthy’

I’ve been watching The First Lady on Showtime, starring Viola Davis as Michelle Obama, Michelle Pfeiffer as Betty Ford and Gillian Anderson as Eleanor Roosevelt. It’s so much better than I expected and is an entertaining re-enactment of the way these women challenged convention and changed history. All the actresses are quite good in it, with Viola getting the most attention as she’s playing the most recent first lady, a woman who is near universally loved and respected. It’s not a spoiler to say that this week there’s a scene between Viola and the actor playing Rahm Emmanuel, Michael Aronov, that’s phenomenal.

As I mentioned in my last story on this show, I doubt that anyone could play that role as well as Viola. She’s one of the best living actresses today and she is excellent at capturing Michelle’s strength, drive and partnership with Barack. Viola also makes some of Michelle’s signature faces, and she leans on Michelle’s pursed lips and expressions. It’s not that bad and I don’t find it distracting! There are memes and tweets about Viola’s expressions on that show which were mostly posted in a light-hearted way by Black Twitter. These were picked up by the press and mischaracterized somewhat. Viola spoke to the BBC news about the criticism of her performance and she admitted that it hurts.

Oscar-winning actress Viola Davis has hit back at critics over her portrayal of Michelle Obama in the new US TV drama series The First Lady.

Some viewers said Davis was overly pursing her lips, with many complaining her facial expressions were distracting and insulting.

Speaking to BBC News, Davis said it is “incredibly hurtful when people say negative things about your work”.

Criticism, she acknowledged, was an “occupational hazard” of acting.

“How do you move on from the hurt, from failure?” the 56-year-old asked. “But you have to. Not everything is going to be an awards-worthy performance.”

But in a trenchant riposte, Davis said: “Critics absolutely serve no purpose. And I’m not saying that to be nasty either.

“They always feel like they’re telling you something that you don’t know. Somehow that you’re living a life that you’re surrounded by people who lie to you and ‘I’m going to be the person that leans in and tells you the truth’. So it gives them an opportunity to be cruel to you…

“But ultimately I feel like it is my job as a leader to make bold choices. Win or fail it is my duty to do that.”

The star says playing someone as familiar as Michelle Obama was “almost impossible”. “Either you’re doing too much or not enough,” she noted.

And she has no idea what the woman in question thought of her portrayal. “I don’t have any personal contact with Michelle Obama,” she said.

Viola is promoting her memoir, Finding Me, which just came out yesterday! I received my copy and have read a few pages. It’s conversational and pulled me in. I’ll definitely finish it. (Read our story about Viola’s interview with Oprah for more on her memoir.)

As for the criticism, I don’t think this is failure like Viola said. I think much of the chatter is being twisted for headlines and stories, and a lot of it is based on screenshots that don’t capture her performance. This show only just came out and the the response was to the first episode. How many people complaining actually watched it and how many were just knee jerking to the screenshots of Viola pursing her lips? Michelle does that and her expressions are legendary. I also wonder if Michelle and Barack have seen this show or if it would be too weird for them to watch it. Michelle could shut this down by praising Viola’s performance, but I don’t know if she wants to step into all that.

viola, get behind me.. we're not going down without a fight https://t.co/KOZLHGZNba

Viola’s upcoming movie, The Woman King, looks good! (Last slide.) There was a trailer shown at CinemaCon but I can’t find it online.