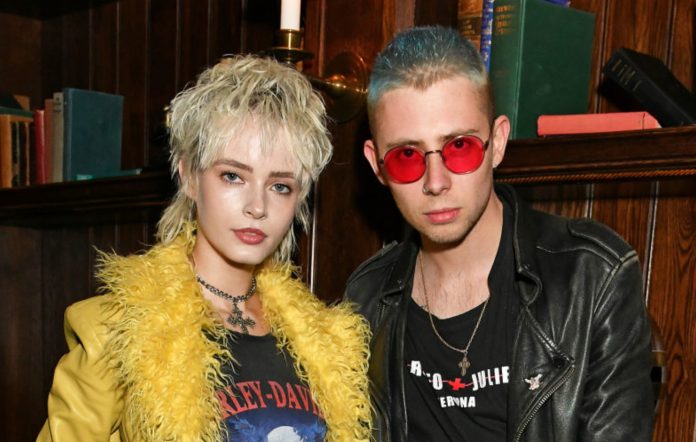 Wargasm have shared a video for their latest track ‘Salma Hayek’ – watch the From Dusk Till Dawn-inspired clip below.

The wild new video from the London nu-metal duo – Milkie Way and Sam Matlock – is an ode to iconic film director Quentin Tarantino, who stars in the Robert Rodriguez 1996 horror-action flick.

“Coming in with all the subtlety of a pack of wild dogs, Wargasm are proud to release their latest video and ode to Tarantino, Salma Hayek, loud noises, darkness and sex,” Wargasm said in a statement.

“Directed by Olli Appleyard [of Static Dress] and heavily inspired by the cult classic From Dusk Till Dawn, this is a new step in the visual journey of Wargasm…”

Watch the video for ‘Salma Hayek’ below:

The new video comes ahead of their debut headline tour, which is set to kick-off on November 11 in Cardiff. You can see the band’s full list of tour dates below.

Wargasm appeared in The NME 100 for 2021, which showcased the essential emerging artists to keep an eye on this year. Hailing the group, Yungblud said: “I love the songs, they make me want to rage. I believe it. They’re telling the truth.”

Reviewing the band’s socially distanced London show last December, NME‘s Ali Shutler wrote: “Releasing months of built up anger, frustration and energy in an explosive 35-minute set, it’s a thrilling performance that captures the cathartic, chaotic power of heavy music. Despite the regulations, it still feels like anything could happen.”