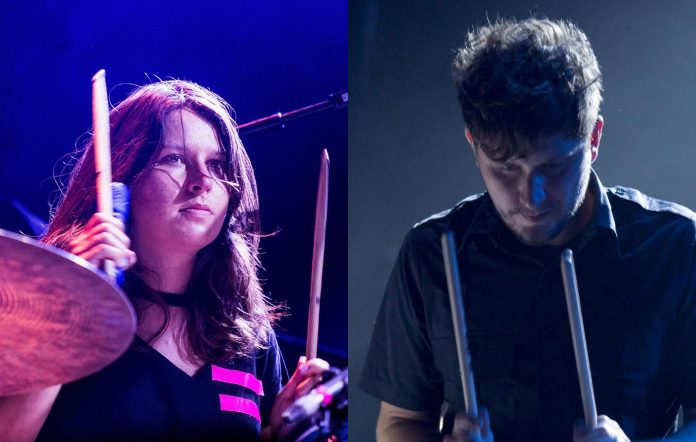 Stella Mozgawa and Boom Bip have launched their new side project, Belief, and with it have shared debut single ‘I Want To Be’.

Mozgawa, who is the drummer in Warpaint as well as a producer, has joined forces with Los Angeles-based producer Boom Bip (Bryan Hollon) for the project, which has been in the works since 2016.

Stereoboard reports that the pair met more than 10 years ago when Mozgawa initially moved from Australia to LA and they bonded over a mutual love of techno.

In 2013 Hollon asked Mozgawa on tour to drum for his Neon Neon project. Then in 2016, the duo went to Eric Wareheim’s Absolutely Studios with all the gear they owned to jam around a single prompt: “What Would Mark Bell Do?”

Hours of material was improvised and for the last five years, the pair have been developing their sound. They tested some of their work at small live shows under the moniker Beef.

‘I Want To Be’ is the first release as Belief. Watch the Glashier-directed music video, which was shot in Berlin, above.

The pair said of the song: “We chose ‘I Want To Be’ as the first single because of its anthemic synth hook. It felt like an opening. The simple message ‘I want to be’ grabbed us right away because it can be applied to nearly anyone’s plight or situation to push forward.”

Meanwhile, Warpaint are due to tour the UK and Europe in May for the first time in five years. They have been teasing a follow-up to 2016’s ‘Heads Up‘ and last year released the song ‘Lilys‘ which featured on the HBO series Made For Love.