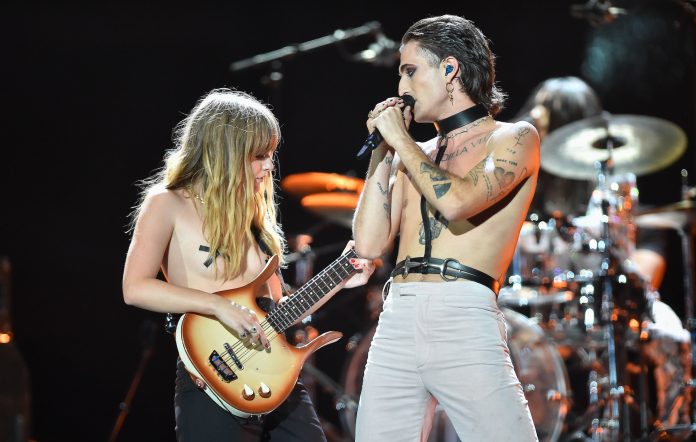 Eurovision Song Contest winners Måneskin were among hundreds of bands to play the Global Citizen Live stream this weekend (September 25) – watch highlights from their incendiary set in Paris below.

The charity gigs, which aim to “unite the world to defend the planet and defeat poverty,” took place in numerous cities across the world during a 24-hour broadcast and livestream on Saturday.

Watch their performances of ‘Beggin’ and Eurovision-winning track ‘Zitti E Buoni’ below:

Elsewhere at 2021’s Global Citizen Live, Ed Sheeran topped the bill at the Paris leg alongside Doja Cat, H.E.R. and Christine and the Queens as well as Måneskin. In London, Duran Duran lead the line-up for this year’s event alongside Kylie Minogue, while Eurovision winners Måneskin, Nile Rodgers and Chic and Rag’n’Bone Man will also perform in the capital.

For the New York leg, Coldplay were the headliners, and were joined by Billie Eilish and Finneas to share a touching rendition of ‘Fix You’. Lorde opened up the NYC leg, performing the title track from her recent third album ‘Solar Power’ and delivering a strong environmental message.

Elsewhere, Måneskin recently released a new version of their hit song ‘I Wanna Be Your Slave’, with Iggy Pop now featuring on the single. Earlier this summer, they also performed performed a cover of Billie Eilish’s song ‘Bury A Friend’.