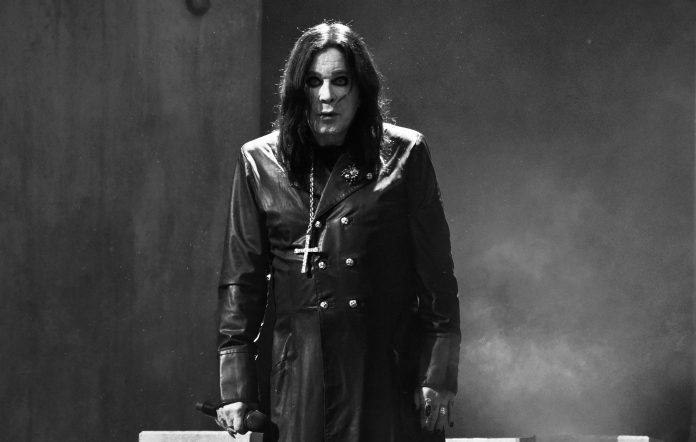 Sharon Osbourne has shared a preview video for Ozzy Osbourne‘s “CryptoBatz” NFT collection – tune in below.

As announced last month, the former Black Sabbath frontman will launch the nearly-10,000-piece range of non-fungible tokens on January 20.

“[Ozzy] started thinking, he started working,” she said. “He was locked away in his library for weeks working on something big. He teamed up with a company called Sutter Systems. Their mission was to create an NFT project that wasn’t another celebrity rug pull.

“They wanted to build something wonderful, something full of utility, something unique. They’ve called them… CryptoBatz.”

As Sharon narrates the preview, Ozzy is seen rummaging around his workspace, making phone calls and rifling through paper copies of various bat designs. You can tune in via the tweet above.

The upcoming ‘CryptoBatz’ range will be comprised of 9,666 unique NFT bats in reference to one of the most infamous moments in Ozzy’s career. Back in 1982, the musician bit the head off a bat on stage while performing in Des Moines, Iowa.

The collection will mark an innovative first in the NFT scene, which grew rapidly over 2021. Each CryptoBat will have the ability to “bite” another NFT in a user’s digital wallet and mutate with it to create another token.

These ‘MutantBatz’ will allow customers to combine with NFTs from companies including Bored Ape Yacht Club, SupDucks, Cryptotoadz and more. A treasure hunt dubbed AncientBatz will also let CryptoBatz holders search for tokens around the globe. Once located, the AncientBat NFTs will have the power to bite other tokens up to 100 times and breed 100 MutantBatz.

You can find further information on Discord.

Black Sabbath: 'We Said To Ozzy 'You Can't Sing 'God Is Dead!'

“I’ve been trying to get in on the NFT action for a while so when I asked Sharon for a Bored Ape for Christmas after several failed attempts of buying my own, and she said no, I decided to create my own,” Ozzy said in a statement.

“CryptoBatz is a fucking mental project for NFT collectors and fans. The design pays tribute to one of my most iconic onstage moments and is a chance to acquire a rare piece of art history. I love it!”