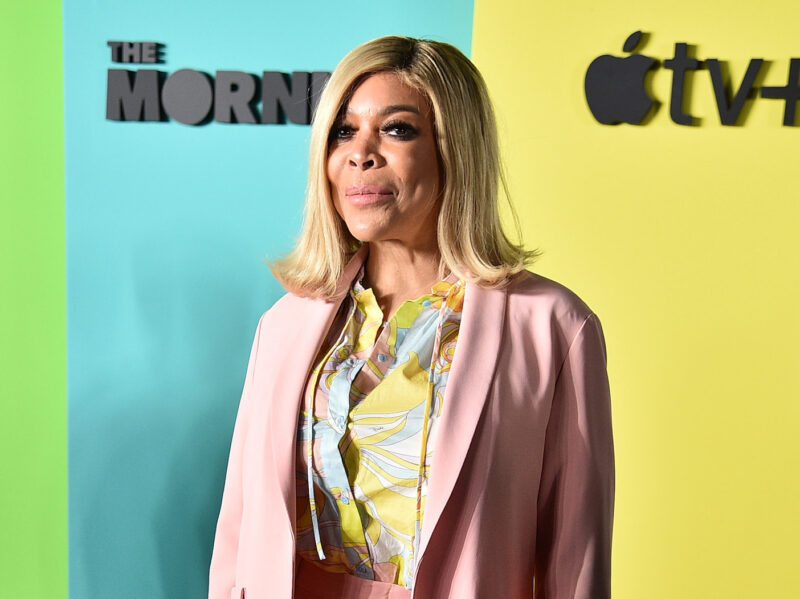 Williams has lost her talk show and access to her finances recently.

Is Wendy Williams putting fear in her closest friends? One report says she can no longer recognize the people closest to her. Gossip Cop investigates.

Per the National Enquirer, Williams is splurging on a complete makeover to help her make a comeback, but the makeup can’t help her mind. An insider admits Williams is looking fresher than usual, which “people around her are saying is due to a new boob job and a long list of other cosmetic procedures.” While she looked healthier during a recent trip to New York City, the source says that there were some concerning red flags.

“Something was very off with her,” they say. “She didn’t even recognize a friend who went up to say hi.” Williams is currently sidelined from stardom due to some health issues, but she’s supposedly determined to come back to television no matter what it takes. A plastic surgeon concludes Williams may have had a breast lift and some facial work done. The source says, “She’s suddenly polished on the outside—but she’s still a trainwreck!”

The Enquirer is more determined to call Williams names than anything else. It calls her a “trainwreck,” “diva”, “a recovering cocaine addict,” “batty,” and “wacky.” Every single paragraph of this story includes at least one jab directed at Williams, so there are far more insults than hard evidence.

The doctor quoted in the story has never treated Williams, so you can disregard what they have to say. If this outlet knows Williams snubbed a friend, then why is this all so vague? Surely everyone’s failed to recognize someone before—especially someone who apparently isn’t worth naming in the story—so that’s hardly grounds for calling someone a trainwreck.

Whether Williams has had any work done recently is entirely her business. All Gossip Cop knows for sure is she’s actively fighting for control of her own finances. There was a rare outing at the Met Gala this year where Williams appeared happy and healthy. She seemed very aware of what was going on around her. This outlet tried to twist what was undeniably a happy occasion into a series of insults.

This tabloid once announced Williams was close to the edge because her ex was dating his former mistress. She’s still on this mortal coil, so that story was bogus. Insiders supposedly revealed Williams was fired from her talk show for being a wild card. Part of her appeal has always been her “wild card” nature, so that didn’t seem accurate at all.

A few months ago, the Enquirer claimed Williams was being courted by The View. Nothing ever came of that story and it was never conspicuously mentioned again. Stick to Gossip Cop for legitimate news about Williams.