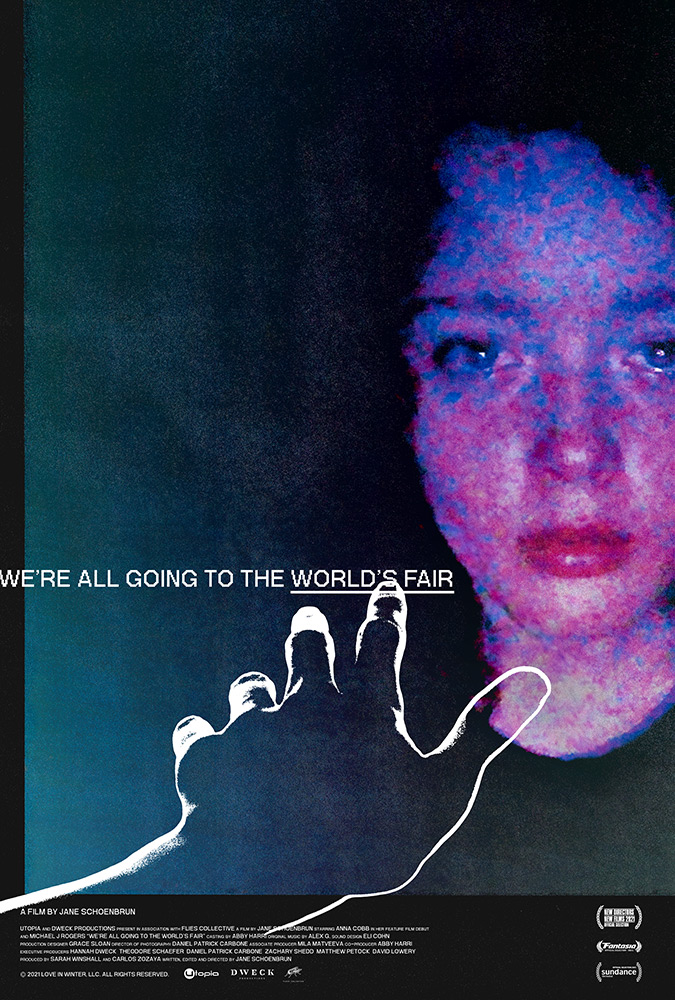 A year ago, viewers were blown away when they watched writer/director Jane Schoenbrun’s creepypasta horror movie feature debut We’re All Going to the World’s Fair as a selection in the NEXT section of the Sundance Film Festival. Now We’re All Going to the World’s Fair is gearing up for a wider release, as it will be opening at BAM and the Quad Cinema in New York on April 15th, before expanding to theatres nationwide (including the Landmark Westwood in Los Angeles) and receiving a digital release on April 22nd. In anticipation of the release, a trailer has arrived online (IndieWire got the first look earlier today) and you can check it out in the embed above.

Late on a cold night somewhere in the U.S., teenage Casey sits alone in her attic bedroom, scrolling the internet under the glow-in-the-dark stars and black-light posters that blanket the ceiling. She has finally decided to take the World’s Fair Challenge, an online role-playing horror game, and embrace the uncertainty it promises. After the initiation, she documents the changes that may or may not be happening to her, adding her experiences to the shuffle of online clips available for the world to see. As she begins to lose herself between dream and reality, a mysterious figure reaches out, claiming to see something special in her uploads.

Speaking with Women and Hollywood, Schoenbrun said they

wanted to make a movie about growing up within the liminal space of the internet, and I wanted to explore questions about identity, power, and authorship through the lens of the creepypasta genre.”

We’re All Going to the World’s Fair looks like it’s going to be quite strange and unnerving. After you watch the trailer, let us know what you thought of it, and whether or not you’re going to be watching this movie, by leaving a comment below.

Here’s a poster for the film: