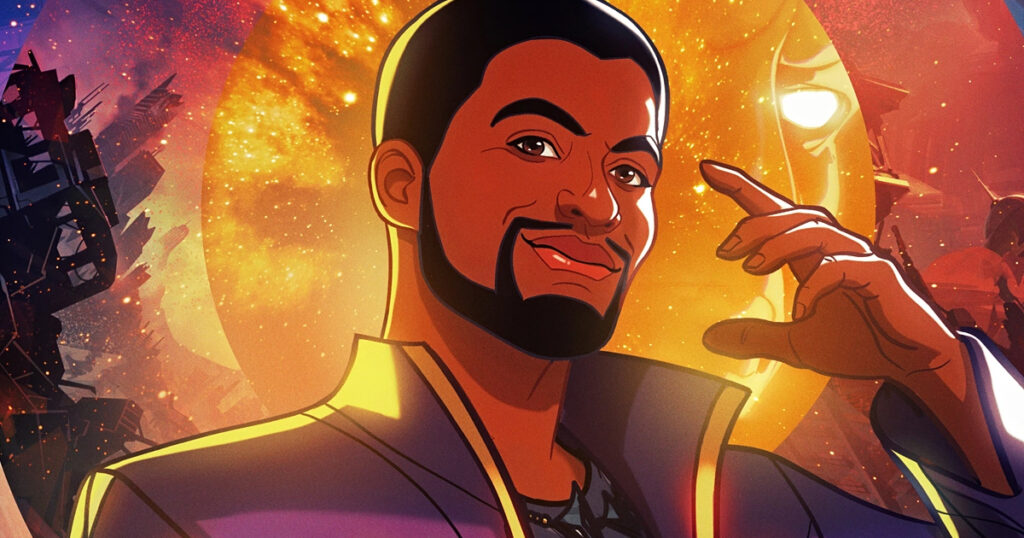 The first season of Marvel’s animated anthology series What If…? concluded today and there were many memorable episodes, including What If… Captain Carter Were the First Avenger?, What If… Zombies?, and What If… T’Challa Became Star Lord. The latter episode was extra special as it gave us Chadwick Boseman’s final performance as T’Challa before his untimely death. While speaking with Variety, What If?… head writer A.C. Bradley and director Bryan Andrews explained that although Boseman didn’t know it, they were planning on a What If spinoff series focusing on T’Challa as Star Lord.

“I don’t know if he knew this, but there was planning to have Star Lord T’Challa spin off into his own show with that universe and crew,” Bryan Andrews said. “We were all very excited. We know he would have loved it, too. And then, you know, he passed, and so all that’s in limbo. So, who knows? Maybe one day.” While we were gifted with more of Chadwick Boseman throughout the first season of What If?…, Andrews and Bradley said that unfortunately, Boseman wasn’t able to record anything for season 2, but it sounds as though they were lucky to have him at all.

Chadwick had recorded his Star Lord T’Challa stuff early. But we had those later episodes that he appeared in sporadically, and it was a long stretch before we got him [again]. And it was not long after the final recording that he passed. I think it was maybe just a few months, or a month. None of us knew, obviously. But we got him in time to have everything [for Season 1]. I think he was also trying to make an effort because T’Challa was so important to him — and also this new version of Star Lord T’Challa was so important to him. He dug it.

Bryan Andrews and A.C. Bradley are already working on the second season of What If…?, and although the spinoff series featuring T’Challa’s Star Lord doesn’t seem likely, anything is possible. All nine episodes of the series are now streaming on Disney+, so be sure to check out a review from our own Alex Maidy.