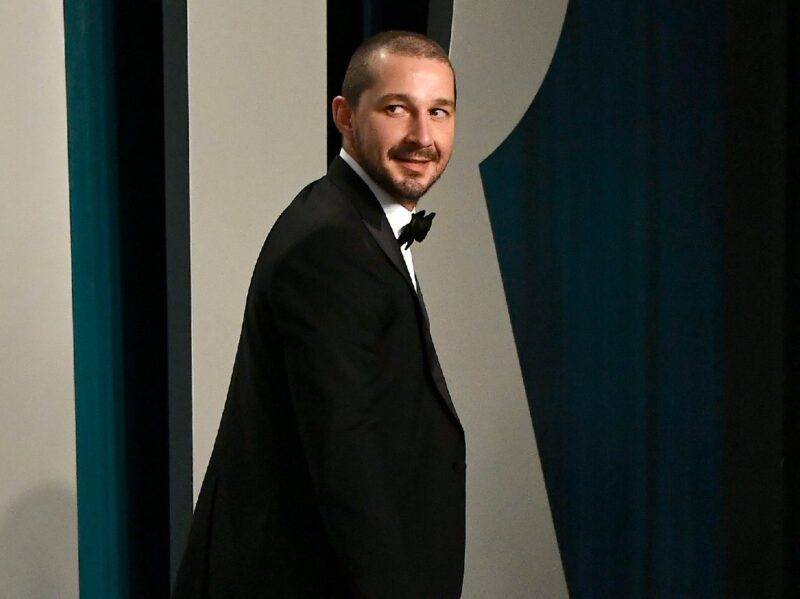 Why Shia LaBeouf Is So Controversial

LeBeouf officially has a trial date for his most recent allegations.

Shia LaBeouf was once one of the most beloved child stars produced by Disney, but a series of scandals, bizarre behavior, and accusations of abuse from a previous romantic partner have dimmed his once bright reputation. LaBeouf and his on-again, off-again girlfriend Mia Goth recently welcomed their first child just months after the Even Stevens actor’s ex-girlfriend FKA Twigs filed a lawsuit against him, alleging that he was abusive during their relationship. Here’s a brief history of his past scandals.

When Even Stevens ended in 2003, Shia LaBeouf’s Hollywood reputation couldn’t be cleaner. He was able to parlay that Disney sitcom into several successful projects, including starring in Holes and a minor role in iRobot. In 2007, LaBeouf scored the starring role in Transformers, which was released on the heels of another box office winner Disturbia. Though it had been his most successful year to date, it was also the beginning of a series of troubles for the young child actor.

That same year, a very intoxicated LaBeouf was arrested in a Chicago Walgreens after refusing to leave. The misdemeanor charges against him were later dropped by the store and LaBeouf explained during an interview with David Letterman that he’d been celebrating his 21st birthday and wanted to buy cigarettes.

The next seven years were fairly quiet for LaBeouf until his infamous red carpet walk of 2014. He attended the premiere of Nymphomaniac, Volume I, a controversial film in its own right, while wearing a sharp black tux and a brown paper bag over his face. The bag, as you’re likely well aware, read “I am not famous anymore.” He’d also been using the phrase on Twitter in the lead-up to the event, where earlier in the day he’d walked out of a press conference after answering only one question. 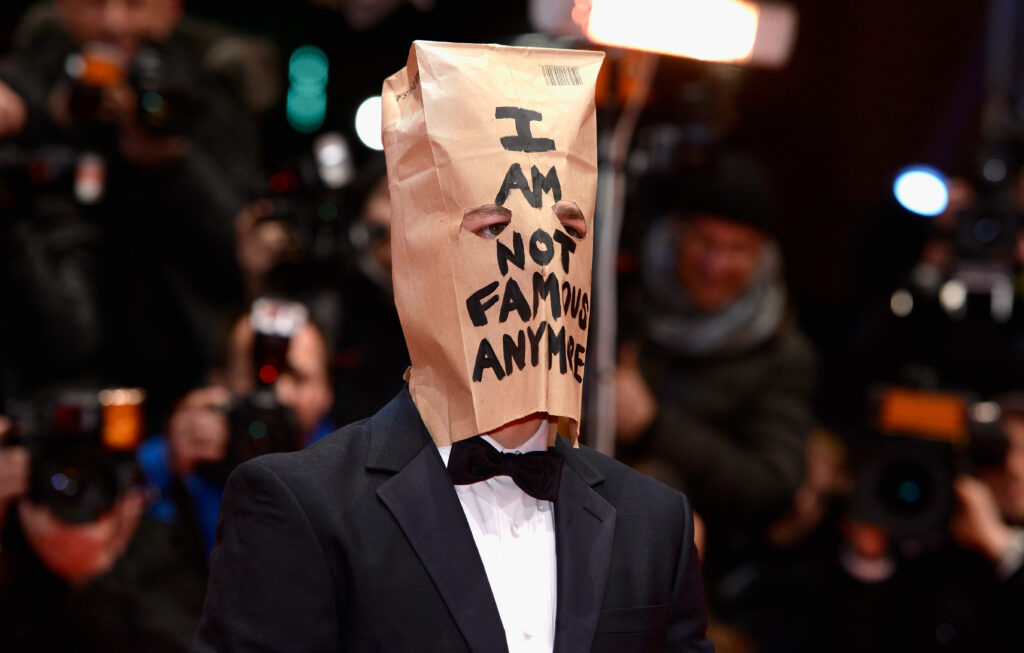 LaBeouf also admitted to groping Cumming’s backside, telling Kimmel, “I grabbed a whole cheek because I wanted a party right here in my pants,” in a seemingly joking manner.

The next year, 2015, featured more criticism for LaBeouf after he and then 12-year-old Dance Moms star Maddie Ziegler starred together in a music video for Sia’s song “Elastic Heart.” Some viewers were offended by what they called “pedophilic” undertones as LaBeouf and Ziegler danced in nude-colored clothing. Sia later apologized for “triggering” some but insisted that these were the only two performers that she trusted to enact her vision.

In 2017, LaBeouf was arrested again at an anti-Trump protest and charged with assault. At the time, he had released a new campaign called “HE WILL NOT DIVIDE US” about the then-newly elected president Donald Trump. As part of the protest art installation, visitors were encouraged to approach a camera and speak into it. This went well until a man approached the camera and reportedly said, “Hitler did nothing wrong.” LaBeouf shouted at the man and pushed him, leading to his arrest on charges of misdemeanor assault and harassment.

Another Arrest For LaBeouf

Later that year, LaBeouf was arrested once again on charges of intoxication, disorderly conduct, and obstruction in Georgia. One of the arresting officers was a Black man, who LaBeouf berated in particular. Bodycam footage of the incident, obtained by TMZ, showed LaBeouf saying to the arresting officers, “You’re going to hell, straight to hell, bro,” before adding, “You especially, Devin.”

A white officer asked LaBeouf why he’d singled out Devin, and LaBeouf responded, “Cause he’s a Black man.” Earlier, LaBeouf had said to the officers, again addressing the Black ones, “You’ve got a president who doesn’t give a sh*t about you. And you’re stuck in a police force that doesn’t give a f*ck and you,” adding, “So you want to arrest what, white people who give a f*ck?” LaBeouf later apologized for the tirade and racist sentiments via social media, writing in part, “I am deeply ashamed of my behavior and make no excuse for it.”

In September 2020, LaBeouf was charged with misdemeanor battery and petty theft after he and another man got into an altercation that ended with LaBeouf snatching the man’s hat and running off with it. Unlike his other run-ins with the law, LaBeouf wasn’t arrested for the incident, though an arrest warrant could be issued thanks to the nature of the complaint.

That brings us to the latest accusations against LaBeouf, this time lobbed against him by his ex-girlfriend, British musician FKA Twigs. Twigs claimed in 2020 that during their relationship, LaBeouf was abusive towards her and had acted violently towards her multiple times, including allegations that he threw her against a car, choked her, and caused bruises.

She told the New York Times , “What I went through with Shia was the worst thing I’ve ever been through in the whole of my life.” She added, “I don’t think people would ever think that it would happen to me. But I think that’s the thing. It can happen to anybody.” Another of LaBeouf’s ex-girlfriends, Karolyn Pho, has also accused him of violence. Pho has alleged that LaBeouf once headbutted her and made her bleed.

In response to these allegations, LaBeouf has said that his exes deserve to state their truth, but has insisted the claims are untrue. Despite that, he also acknowledged in a statement, “I have been abusive to myself and everyone around me for years. I have a history of hurting the people closest to me. I’m ashamed of that history and am sorry to those I hurt.”

The trial for the lawsuit has been set for April 17, 2023, which means we all have a long wait ahead of us to see the outcome of the proceedings. We will keep up with the case in the meantime, so check back with us for more updates.