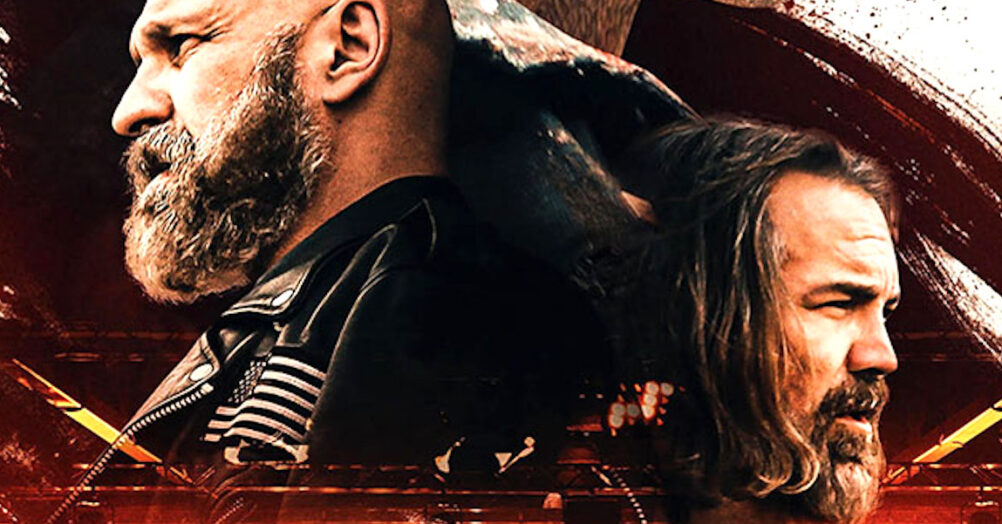 Every winner has been e-mailed for mailing info, please check your SPAM folder. Thanks to all who entered!

You may have noticed that we’re big fans of director Max Martini’s horror comedy  The Manson Brothers Midnight Zombie Massacre (watch it on Amazon) here at Arrow in the Head. Our reviewer The Iceman gave the film an 8/10 review (read it at THIS LINK), and it even earned a spot on our video list of The Best Horror Movies of 2021. Now we’re proud to announce that we are hosting a CONTEST where five lucky winners will be chosen to receive a Blu-ray copy of The Manson Brothers Midnight Zombie Massacre, signed by stars Chris Margetis and Mike Carey aka the Manson Brothers! – THE CONTEST IS NOW CLOSED!

The Manson Brothers Midnight Zombie Massacre is about:

Wrestling’s most hated tag team, The MANSON BROTHERS, now in the twilight of their careers and relegated to doing smaller wrestling promotions, take a MIDNIGHT cage match on Halloween night, only to find themselves trapped in the arena with wrestlers and fans infected with a mutated rabies ZOMBIE virus. Armed only with their wrestling skills, and enchanted lucha libre masks, they must fight for their lives and ensure the virus is contained to prevent an all-out MASSACRE and pandemic.

Max Martini directed from a screenplay by Mike Carey and Chris Margetis. Carey and Margetis also star in the film alongside Randy Couture, Adrian Pasdar, Bas Rutten, and DB Sweeney.

The Iceman described The Manson Brothers Midnight Zombie Massacre as “a glorious and bloody main eventer” that “put a smile on my stupid face and kept it there for the entire runtime.” Have you seen the movie? If so, let us know what you thought of it by leaving a comment below!