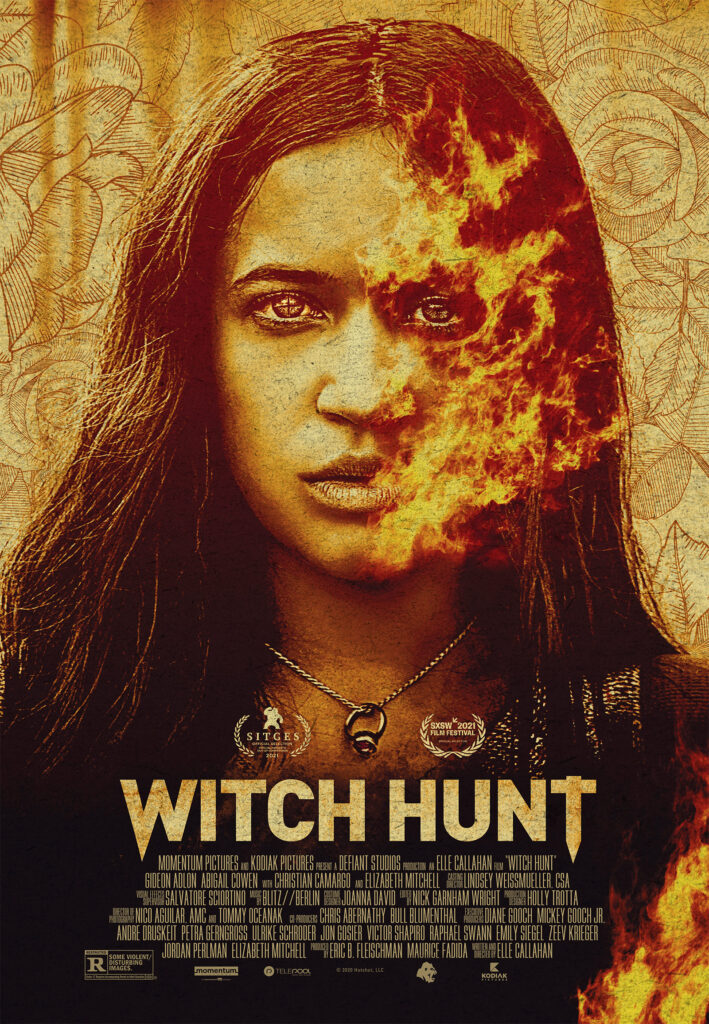 Head Count (watch it HERE) director Elle Callahan’s “supernatural border thriller”  Witch Hunt  has been given a theatrical, digital, and on demand release today, courtesy of Momentum Pictures, and to mark the occasion we’ve gotten our hands on an EXCLUSIVE clip from the film that gives a look at a scene featuring cast members Gideon Adlon (The Craft: Legacy) and Ashley Bell (The Last Exorcism). Check it out in the embed above!

In a modern America where magic is real and witches are persecuted by US authorities, teenager Claire and her family are part of an intricate network that helps these women escape across the border to seek asylum in Mexico. However, when their mode of transport is disrupted by federal witch hunters, trouble befalls the family as they struggle to hide two young witches within the walls of their home. As witch hunters close in and strange magic begins haunting the family, Claire discovers that she may have more in common with these witches than she could have ever imagined.

Adlon and Bell are joined in the cast by Abigail Cowen (Chilling Adventures of Sabrina), Christian Camargo (Penny Dreadful), and Elizabeth Mitchell (The Purge: Election Year).

Our own Matt Rooney had the chance to see Witch Hunt as part of the SXSW festival this year, and you can read his review of the film at THIS LINK.

When Witch Hunt was first announced, Callahan had this to say about the project:

I’ve always been a fan of genre films for their ability to get people to think differently and with new perspectives. For me, Witch Hunt is an opportunity to turn the camera back on ourselves and show what’s possible in a society where irrational fears take favor over common decency.”