You might want to check your calendar to see if there’s going to be a full moon because Peacock has unleashed a Wolf Like Me trailer that has me howling. The romantic dramedy stars Isla Fisher (Tag, Wedding Crashers, Now You See Me) and Josh Gad (Frozen, Beauty and the Beast ) as two individuals whose lives converge after a gnarly car accident. As they work to pick up the pieces after the crash, Mary (Fisher) and Gary (Gad) find themselves drawn to one another. It’s the kind of story you’ve seen time and again, but there’s a twist. Mary appears to be hiding a dark secret about who or what she is, and Gary will have to re-evaluate his possible future with her after a shocking reveal.

Abe Forsythe (Little Monsters) created Wolf Like Me and serves as an executive producer of the series. Forsythe also directed every episode of the series, which is coming exclusively to Peacock on January 13, 2022.

Everyone brings their own set of baggage to a new relationship. Gary (Josh Gad) and Mary (Isla Fisher) are no different. Gary is an emotional wreck and struggles to provide for his daughter since the death of his wife. Mary has a secret she can’t bring herself to share with anyone. The universe brought these two together for a reason, they just need to keep following the signs. 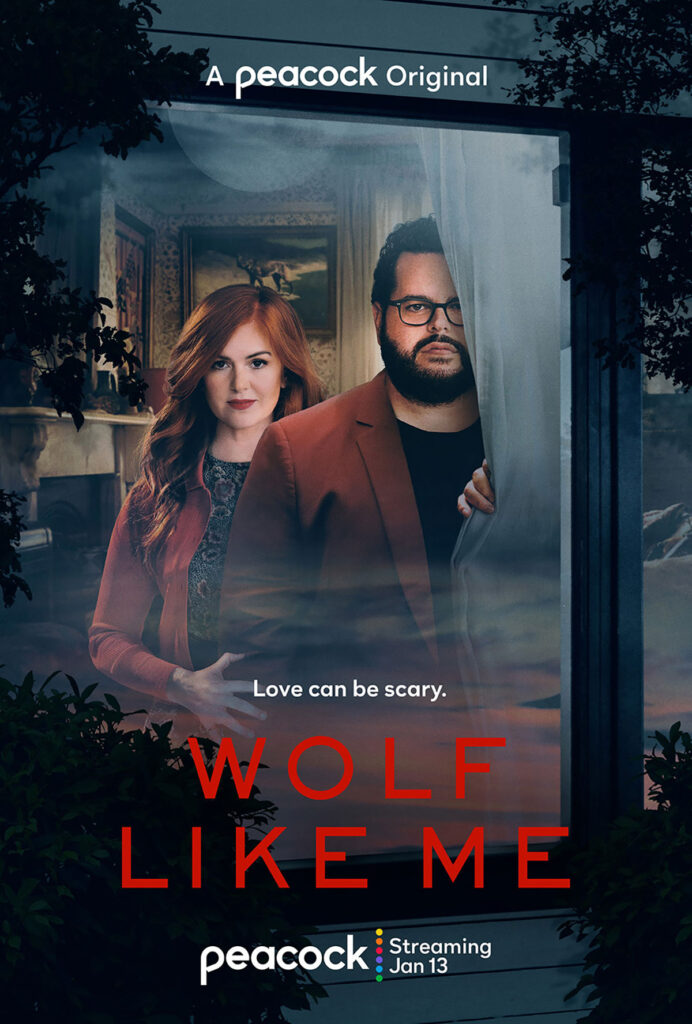 When talking about his latest project, Forsythe commented, “I’d love for audiences to go into watching the series not knowing where it’s going or what gets revealed as the show progresses because I think if that happens, then it’s going to shock and surprise people. You get to the end of every episode and there’s a reason that you have to keep watching.”

While I’m not always one for romantic dramedies, I will definitely be checking out Wold Like Me when it pads onto Peacock. I’m a big Isla Fisher fan and found Gad to be a polite and engaging dude when I interviewed him for Pixels. I imagine that the two of them combined can bring this off-the-wall-premise to places I won’t be able to predict, and that intrigues me. Plus, the Wolf Like Me trailer is very cool. The show looks like it’s beautifully shot, and that reveal at the end has me all sorts of intrigued about where the story could go. I’m all in and am looking forward to what this show has in store for audiences.

If you want to learn more about Wolf Like Me be sure to check out our upcoming interviews with Fisher and Gad for their new series.