"After all the car flips and fights and chase [scenes], one of the hardest things to do on set was getting the cats to stay put."

The year was 2019 and it was revealed to the world that Zoë Kravitz would be playing Selina Kyle/Catwoman in Matt Reeves' upcoming film, The Batman.

This came months after it was announced that Robert Pattinson was cast as our Bruce Wayne/Batman in this upcoming trilogy.

Fast-forward to today — the very day that we can FINALLY see Catwoman in action in the new The Batman trailer.

This isn't our first look at the film, but this trailer gives us a bit more insight into Selina Kyle and how exactly Catwoman's relationship with Bruce Wayne/Batman is going to play out:

Based on this new trailer, Catwoman is definitely going to be more of a mainstay than she's been in past films — a femme fatale who also helps Batman solve crime:

Not to mention...she has CATS!

Anyone who knows me knows that this was the news I was most excited about.

However, a trailer can only give us so much...luckily, BuzzFeed was able to chat with Zoë Kravitz to talk about her new role, how she prepared, her costar, and her respect for the felines on set. Here's what we learned:

Was there anything specific you had to learn or prepare for to play Selina Kyle/Catwoman? 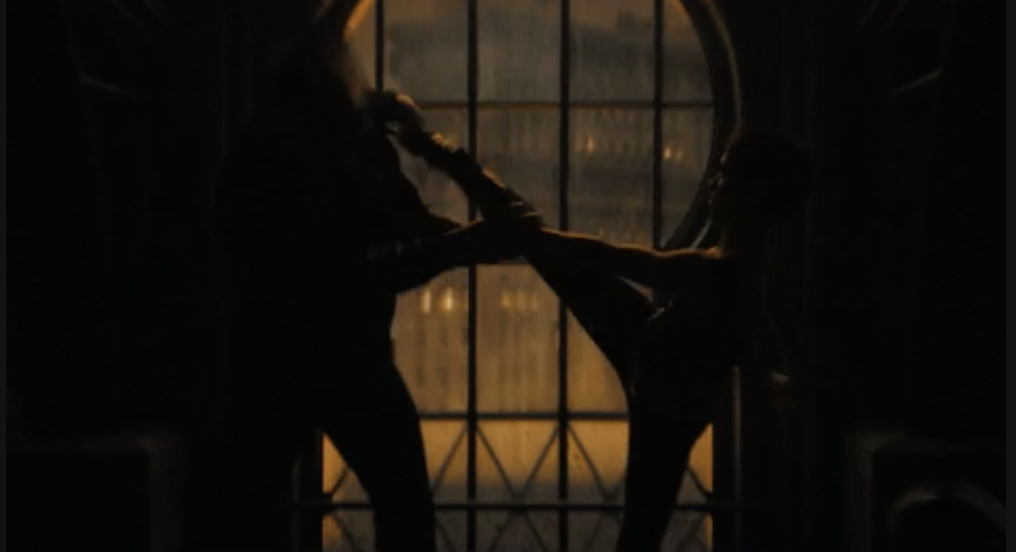 Zoë Kravitz: Kicking. Lots and lots of kicking. We worked with the stunt coordinator a lot to get a sense of her movements — we did a lot of floor work, but kicking seemed to be [Catwoman's] M.O. I would be so sore because I would do drills and kicks and kicks and kicks for hours. Being able to kick gracefully and remain balanced, while maintaining the proper form and having it all look good on camera — that was definitely the biggest thing. There was also some gun training — I had to be able to shoot the gun accurately, load it, and reshoot it, WITH these crazy-long nails...so learning how to shoot a gun without breaking a nail was a new skill I developed [laughs].

What was something you learned about Robert Pattinson on the set of The Batman?

ZK: It was really interesting to see how easy it was for him to pop in and out of character, especially with the voice. It really transformed him! He's a really sweet and funny person, so we'd go from talking about daily things and then he would quickly be able to turn into Batman before my eyes. Whenever I've had to do an accent [for a role], I've always stayed in it, but he was able to bounce back and forth [between his Batman voice and his normal British accent].

Who was the first person you told when you were cast as Selina Kyle/Catwoman and how did everyone react?

ZK: It was one of my parents — there was a two-day period when I wasn't allowed to tell anyone, but I think I still told my parents [laughs]. When the news broke a couple days later, I don't know who I told first, but it was one of the craziest days of my life. It was the first time in my career that me getting a job meant anything to anyone other than me and my loved ones and my agent. My phone did not stop ringing for two days. It was intimidating...exciting, but intimidating!

Also, all of the Catwomen have been extremely nice and supportive and welcoming of me stepping into these big shoes. [Writer's note: the previous actors who portrayed Catwoman who also publicly congratulated Zoë were Anne Hathaway, Halle Berry, and Michelle Pfeiffer .]

Did you have any input on your costume?

ZK: It was an extremely collaborative process — in all the ways, in terms of the character and how she looked and what she was wearing...our costume designer came to New York a week after I got the part to meet me and measure me and start the conversation about Catwoman. Matt [Reeves] is an extremely collaborative filmmaker who likes to get to know the person playing the character, so I didn't have to fight for anything — it was designed that way.

We developed the costume together as a team, and actually, the nails weren't originally planned. We shot two months before quarantine and everything shut down, so in that time, I started to grow my nails out because we couldn't get manicures and then I had this idea to take it further...so I called Matt and was like, I have this idea, we should do crazy, bitchy, wonderful scary nails that looked like claws. No nail polish on them, so they looked more like claws, and we were able to incorporate it last minute.

Purely because I am a fan of cats, what was it like working with all of them?

ZK: The funny thing about working with cats is that they don't care — which is why we love them. Like, I spent time with all the cats before we shot with them, but they don't remember me [laughs]. Like, they don't give a shit. The funniest thing would be us getting ready to shoot and we'd have these cat wranglers come in who had these toys to make the cats stay on their marks, and it would kinda work, but not really. So, it ended up that we were always waiting for the cats — like we'd be ready to go, but then the cat would decide to move. People would have to hide behind the cabinets or in the corners, so me and Rob would be doing a scene and there are these cat ladies tucked away and pretending not to be there. It was pretty funny because, at the end of the day, you cannot tell a cat what to do. Like, after all the car flips and fights and chases, one of the hardest things to do on set was getting the cats to stay put.

Be sure to catch Zoë Kravitz as Selina Kyle/Catwoman in Matt Reeves' The Batman, only in theaters on March 4. 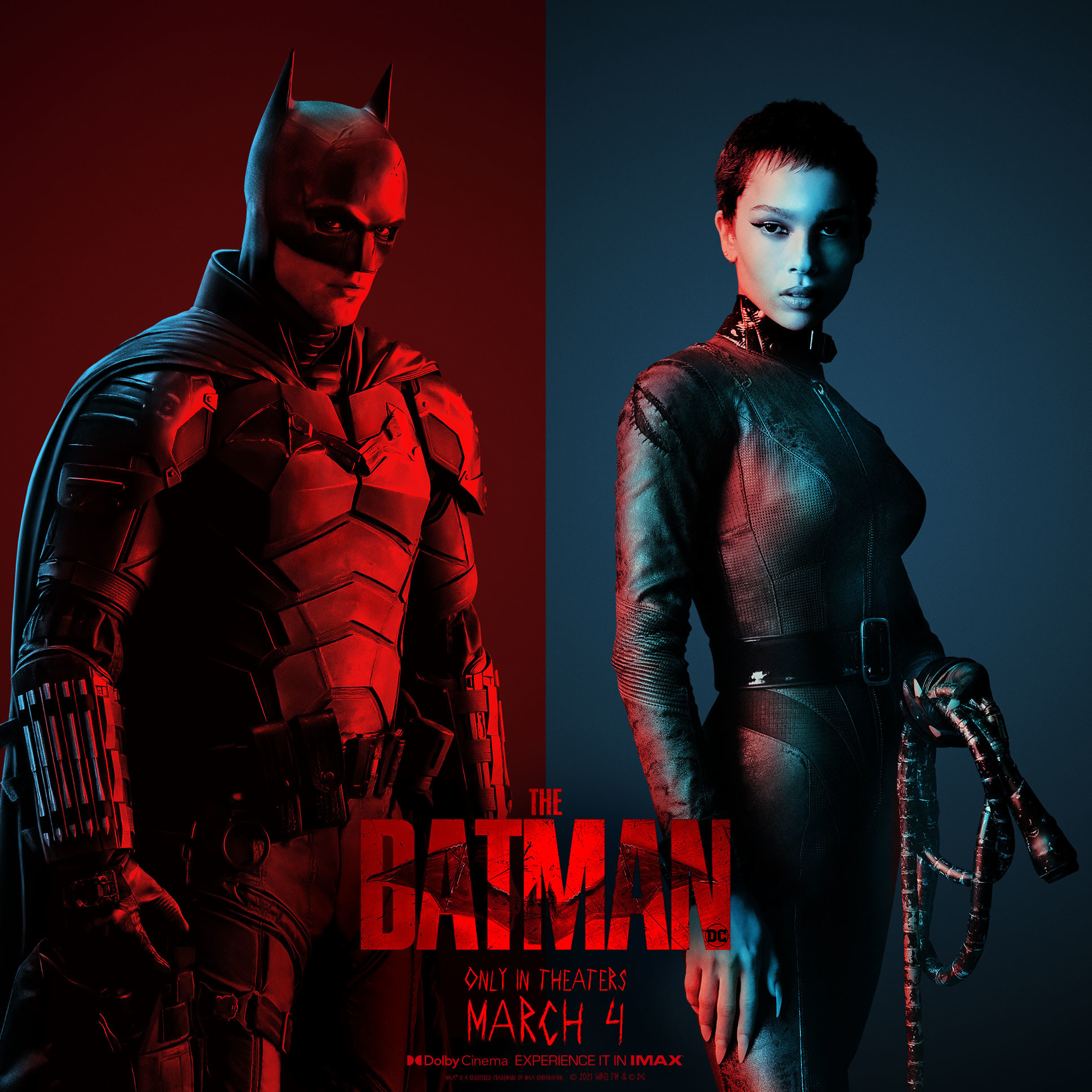